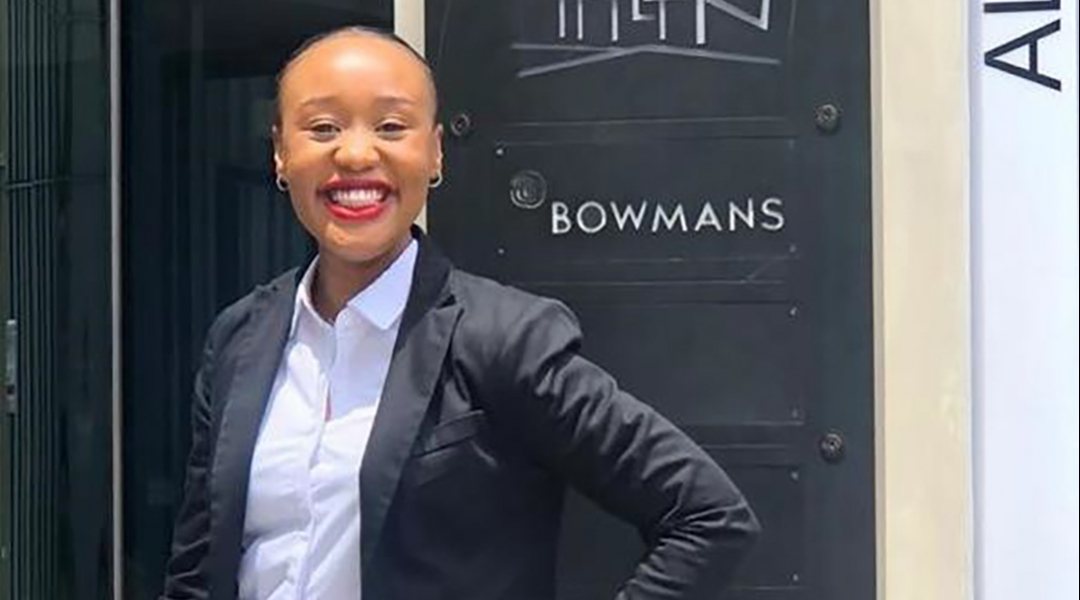 Ms Gugu Sixolise Tom (Class of 2020) is a Candidate Attorney at Bowmans Law Firm in Sandton, Johannesburg. She is 23 years old.

During the course of her studies (2017-2020), Gugu exhibited an impressive academic track record, illustrated by her inclusion in the Dean’s merit list in 2019. Gugu was a well-rounded student with multiple accolades under her belt.

Owing to her academic excellence, she attained three bursaries:

Gugu was part of the team that represented the UFH for the first time at the prestigious Phillip C. Jessup International Moot court competition [National Rounds] where she ranked as the 6th best speaker in the competition. She also made it to the semi-finals.

She was also part of the team which won the 2019 Kate O’Regan Moot Court Competition and represented the institution at the All Africa Moot Court competition in 2019 in Botswana. She has further participated in various internal moots held by UFH in which she won and emerged as the best speaker.

In addition to being a decorated mooter, she has developed herself in numerous leadership positions both in and outside the institution. In 2019, she was selected as one of the top 20 students in the Eastern Cape to join the One Year Leadership programme ran by the Friedrich-Ebert Stiftung organisation at the Fort Hare Autumn School.

She was also interim chairperson for the Consumer Student Chapter which was pioneered by the UFH in 2019. Her passion for leadership and advocacy was also illustrated by her participation in various legal discussions as a panellist where she demonstrated her understanding of law. These included being a panellist for the Friedrich-Ebert Stiftung webinar on the Constitution and the role of young people during Covid-19, as well as the World Consumer Rights (WRC) week discussions around POPIA (Protection of Personal Information Act)

Gugu was  a UFH delegate at the 4th preparatory meeting for the WRC in 2019, as well as the Eighth United Nations Conference on Competition and Consumer Protection in 2020 which was held virtually.

Gugu has also demonstrated eagerness to develop herself through the corporate space. She was invited by Webber Wentzel for a panel interview for an offer of articles and she was head-hunted by Bowmans in 2019 where she secured her articles of clerkship.

She was a consultant for the Language and Writing Advancement team UFH and also worked as a tutor in Law of Evidence.