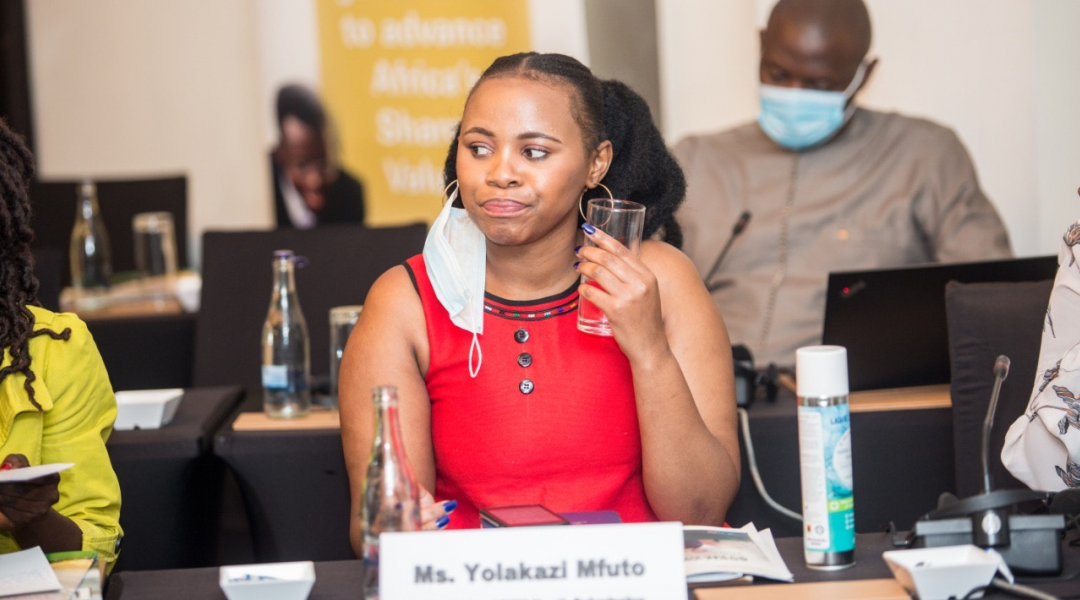 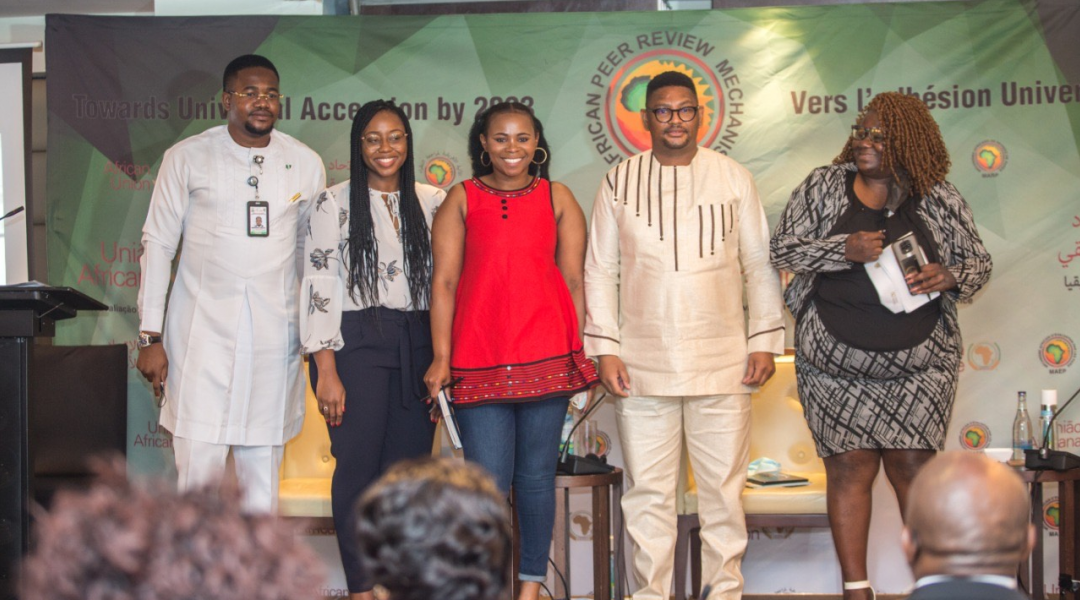 Yolokazi is currently pursuing a Master’s degree in Political Science and International Relations in the Faculty of Social Sciences and Humanities.
The APRM is Africa’s premier governance self-assessment and promotion tool. Established in 2003, it aims to improve governance on the continent by fostering the adoption of policies, standards and practices that lead to political stability, economic growth, sustainable development and accelerated sub-regional and continental economic integration, through the reinforcement of best practice.
The Symposium was hosted in collaboration with the African Union Commission, Women, Gender and Youth Directorate. Its objective is to create space and an opportunity for African Youth to share experiences, best practices and priorities on youth engagement and development. It also seeks to formulate and provide recommendations for specialised technical committees on youth culture and sport.
Yolokazi is part of a group of youth and civil society members who contributed to the South African Youth APRM submission. She was selected by the South African Institute of International Affairs (SAIIA) and APRM National Governing Council (NGC) – a structure led by the Public Service and Administration Minister, Mr Senzo Mchunu - to present the submission at the symposium on behalf of South Africa.
The 112-page report identifies nine governance issues to be included in the submission which are:
• Youth Political Participation
• Social Cohesion and Inclusion
• Peace and Security
• Health and Social Services
• Economic Empowerment
• Institutional Planning
• Land and Housing
• Access to Quality Basic and Higher Education
• Climate Change
Her contribution was on Economic Empowerment.
Affectionately known as ‘Yolo’, she counts her participation in the symposium as one of the highlights of her activism career. “To be entrusted with this responsibility by the SAIIA and the South African NGC is one of my most astounding achievements thus far. It was an incredible opportunity to grow and learn from other young people from various countries. I interacted with several members of states, members of parliament from various countries, youth activists and the CEO of the APRM Secretariat in the region.
“It is an opportunity I wish for every young black person in South Africa. It is important that young people become part of decision-making processes and are invited to platforms like this one,” she said.
A Leader par excellence
Yolo’s recent accomplishment comes as no surprise as she has always portrayed excellent leadership skills. She is an advocate for youth and gender equality, education, feminism and pan-Africanism.
In addition to pursuing her Masters Degree, she also works as an Assistant Administrator at the UFH Student Governance and Development Unit where she focuses on empowering student leaders.
Her leadership skills were unlocked in 2014 when she joined Enactus and later served as President for the organisation at UFH.
Over the years, she has won several awards in recognition of her advocacy work, these include:
• Junior Chamber International Public Speaking Award;
• Sunday Sun Unsung Heroes Award and; •
Dean of Research Excellence Leadership Award.
Yolo is a graduate of several leadership programmes such as the Young African Leaders Initiative (YALI) Regional Leadership Centre, Friedrich- Ebert Stiftung Fort Hare Autumn School, Democracy Works and Activate Change Drivers.
In 2019, she was one nominated by the AU Commission to speak at the launch of the 1 Million by 2021 project held at the AU headquarters in Addis Ababa in Ethiopia. She is a former member of the Youth Advisory Panel for the United Nations Development Agency (UNFPA) and currently a fellow for the Apolitical Public Service programme.
Yolo also serves as a member of the UFH Gender-Based Violence Task Team where she played an instrumental role in the establishment of the UFH Sexual Harassment Policy.
By Aretha Linden