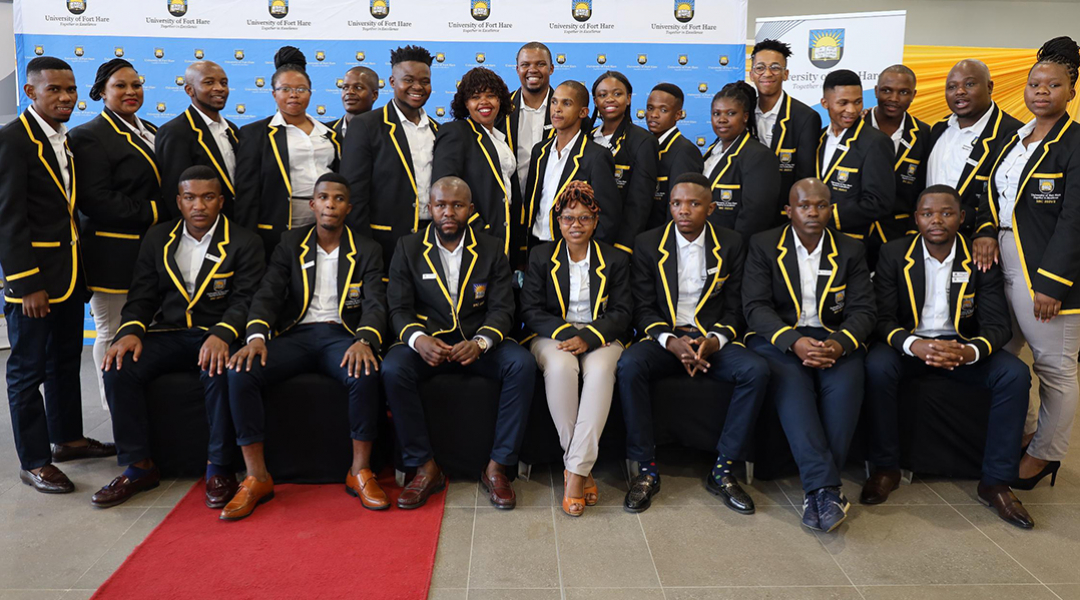 On 17 August the University of Fort Hare inaugurated its new Students Representative Council (SRC) and at the same time bade farewell to the previous incumbents.

The three-segment inauguration event included the official migration of the Student Affairs Division to the Office of the Vice-Chancellor as well as the welcoming of the new Dean of Students, Mr Lufuno Tshikhudo.

In his speech, Tshikhudo thanked the former interim Dean of Students, Prof Pricilla Monyai for ensuring student governance and development is kept intact as well as for the smooth transition. He called on the  SRC to serve students with honesty and diligence and not deviate from the principles of ethical leadership to avoid being judged harshly by students.

“With the Student Affairs portfolio reporting directly to the highest office in the university, student issues will now go straight to the VC and this will enable a quicker response”, said Professor Renuka Vithal -Deputy Vice-Chancellor for Teaching and Learning, to whom Student Affairs previously reported.

Prof Vithal further emphasised the importance of the  SRC and Management working together to solve problems according to the policies and rules of the university.

Vice-Chancellor Prof Sakhela Buhlungu said, “The SRC is a statutory body of the university at the same level of importance as Council and Senate and the Management Executive Committee, and this comes with obligations. The SRC needs to lead in a way that is compassionate but firm and not defend the indefensible. The Dean of Students must organize training for student leaders so that they walk out of the institution knowing how to conduct themselves as good leaders. We want future leaders from UFH SRC members,” he said.

Addressing the outgoing SRC, the VC said: “The one achievement that stood out from the outgoing  SRC was when they worked together with the Vice-Chancellor to make sure laptops were distributed.  The SRC President would call me to check on the status of the delivery of laptops.  Thank you for the foresight and leadership. Thank you to the outgoing SRC”.

The VC acknowledged students' leadership initiatives in building other students and working with communities.

‘’Starting this year,  we will have VC Student Leadership Awards where a set of criteria is developed, and at the end of the year, we will have a signature event to honour the winners.  This will be done from the Vice Chancellor’s budget”,  he promised.

Siphiwo Ngcenge, the outgoing SRC President reflected on his team’s term in office.  ‘’When we took office the institution was on the edge of closing due to a very long strike that almost took the whole first semester.  We knew we had to plan and navigate the academic year due to the pandemic as we were on total shutdown. We had to ensure stability and make sure that the academic year was completed. We derived new strategies and systems to adapt to the new normal brought about by the pandemic”.

He cited the following as some of their achievements:

Addressing the new SRC, Ngcenge said: “Comrades,  we have played our part in rebuilding the university and improving the lives of students.  Now the ball is in your hands”.

‘’ There were times when we feared that the institution would not complete the academic year, but the previous structure made sure that this did not happen. The university is going through a renewal process of making sure that there is no corruption within the institution.  The SRC compliments the good work that is being done by the management of the university. Where student services are delivered at a slow pace, the SRC will apply pressure to management to ensure that this does not happen.  We will make sure that students are represented in decision-making at all times.’’