UNESCO STUDENT SEMINAR ON CONTEMPORARY HUMAN RIGHTS ISSUES: A Call to Improve the State of Human Rights in Africa 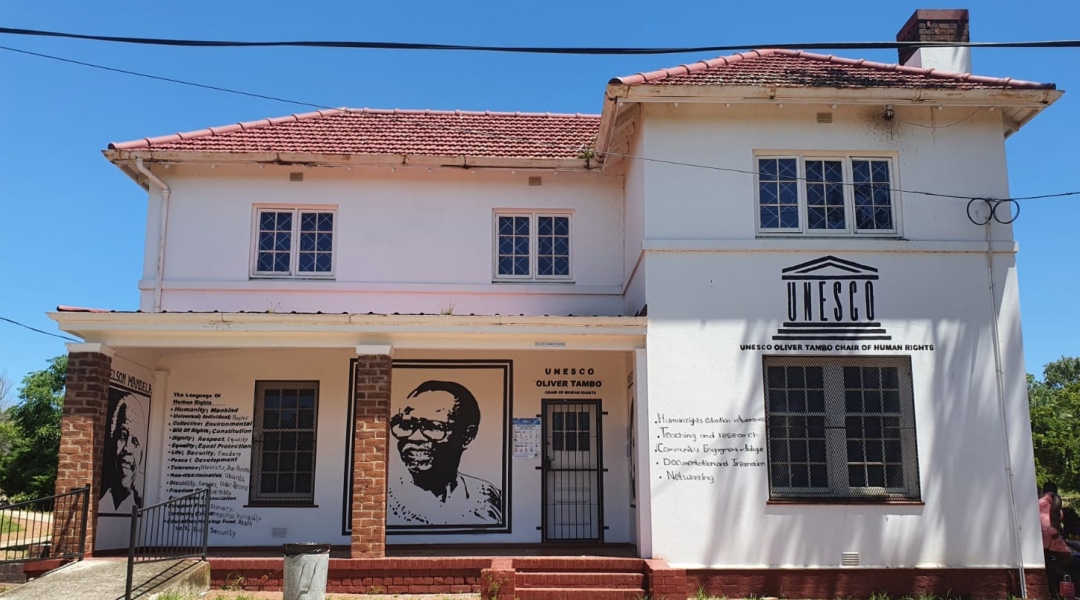 The UNESCO ‘Oliver Tambo’ Chair of Human Rights (OTCHR) on the Alice campus recently held its first ever-virtual student seminar on Contemporary Human Rights Issues.  The seminar was initiated in 2018 for the development of a new generation of Researchers. Owing to the Covid-19 pandemic, the programme was halted in 2020 and to adhere to the current lockdown level 3 restriction, it was moved online.

During the session, students who are registered for the Diploma and the MPhil programmes offered by the OTCHR were given the opportunity to present different topics such as:

The presenters were expected to give balanced views on their topics of interest that centred around real life issues, while making concrete arguments that clearly illuminate on the centrality of the indivisibility, interrelationship and interdependence of human rights. In ensuring the integrity and quality of the presentations made and the seminar itself, Mr Anathi Phela who is a Lecturer at the UFH Nelson R Mandela School of Law was invited to serve as an External and Independent Assessor in the facilitation of the proceedings of the day. Other facilitators included Prof Nomthandazo Ntlama (UNESCO OTCHR Acting Head), Mr Siyabulela Fobosi (OTCHR Senior Researcher) and Dr Bellita Banda Chitsamatanga who is Postdoctoral Fellow at the OCTHR.

During seminar presentations, students were expected to:

According to Mr Fobosi, the presentations made on the day highlighted that:  “Globally the international community must handle human rights in a fair and equitable way. This should be carried out on the same basis and with the same emphasis that National Human Rights Institutions (NHRIs) in the countries where they have been developed are gradually becoming central players in the defence and promotion of human rights.”

Meanwhile, on home soil, Mr Fobosi said a number of presentations revealed that South Africa is still characterized by unequal access to socio-economic rights such as healthcare. “Thus, while everyone has the right to access health care, this appears to be on paper particularly in rural areas where people have to walk long distances to access quality healthcare.”

“In addition, while everyone has a right to access to basic education as enshrined in the Constitution, many schools (especially those in rural areas) have limited access in the enjoyment of this right. Many schools continue being subject to the lack of proper infrastructure and learning facilities, a situation that has been exacerbated by the COVID-19 pandemic, which also showed the deep existing institutional and structural inequalities.’’

Other critical issues that emerged during the session are as follows:

“At the end of the seminar what emerged was that there is an urgent need to improve the state of access to human rights in South Africa and beyond, particularly in relation to accessing quality education, access to health, healthy environment. Most importantly to ensure the promotion of the rights for most vulnerable groups in our society through the adoption of the human rights language,” said Mr Fobosi.