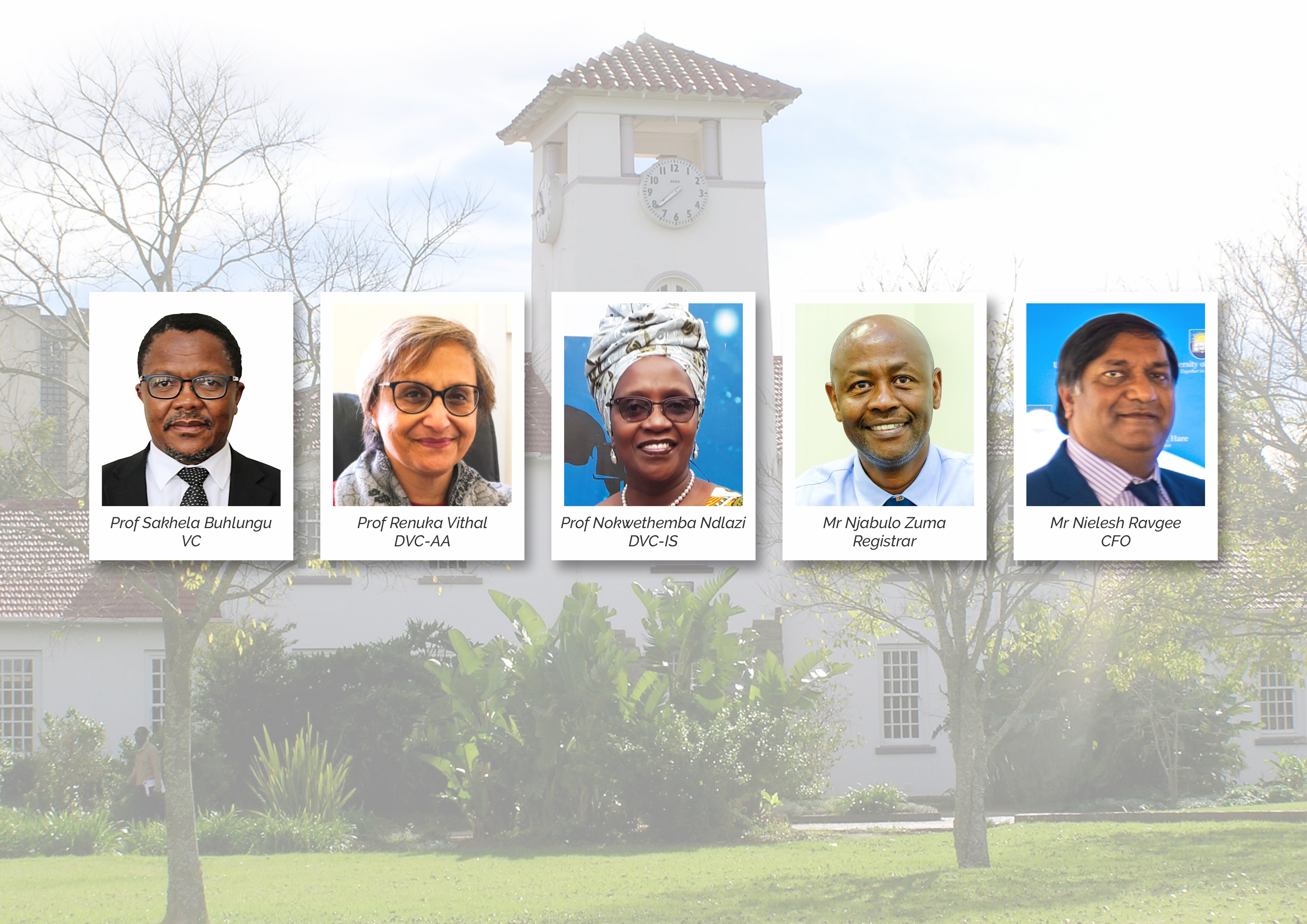 “The University of Fort Hare's senior management circle is now complete” All five executive management (MANCO) positions have now been filled. The university is now firmly positioned to stabilize the 103-year-old institution”. These are the reassuring words of our Vice-Chancellor, Professor Sakhela Buhlungu.

Prof Buhlungu is referring to recent executive appointments which became effective between August and October 2019. Three substantive and experienced individuals have assumed the following roles:

Professor Buhlungu said he was thrilled that the university now has the full complement of executive members.

Commenting on the appointment of the two women DVCs, Prof Buhlungu said: “We are very pleased with our two DVCs. Not only because they are women but because they come with massive experience gained over many years.”

A few months into their appointments, the university is already feeling the energy brought by the two DVCs. “We have been receiving positive feedback on their appointment and their vision for this university,” said Prof Buhlungu.

The circle of top managers completed at the beginning of October with the appointment of the Registrar, Mr Njabulo Zuma who joins the university from the University of KwaZulu-Natal (UKZN) where he served as Director of Governance and Administration in the Office of the Registrar since 2013. Previously he was Assistant Registrar at the same university.

“We now have a complete circle, the VC, the two DVCs the Registrar and the CFO (Chief Financial Officer) are in place. And the message we want to send out is that the university is under new management. It cannot be business as usual.”

These appointments happen in the midst of very exciting developments in the university, including the launch of the Student Village Infrastructure Development in Alice which is set to provide 2047 beds to students when it is completed in 2020.

The university also recently approved a Gender-Based Violence policy to ensure GBV-free campuses that are safe for all.

The next step in the process is to fill the next tier of senior positions that have become vacant. “I must say, every time we advertise a post we attract people from across the spectrum, from top universities in the country and in the world. That says we are still in the game”.