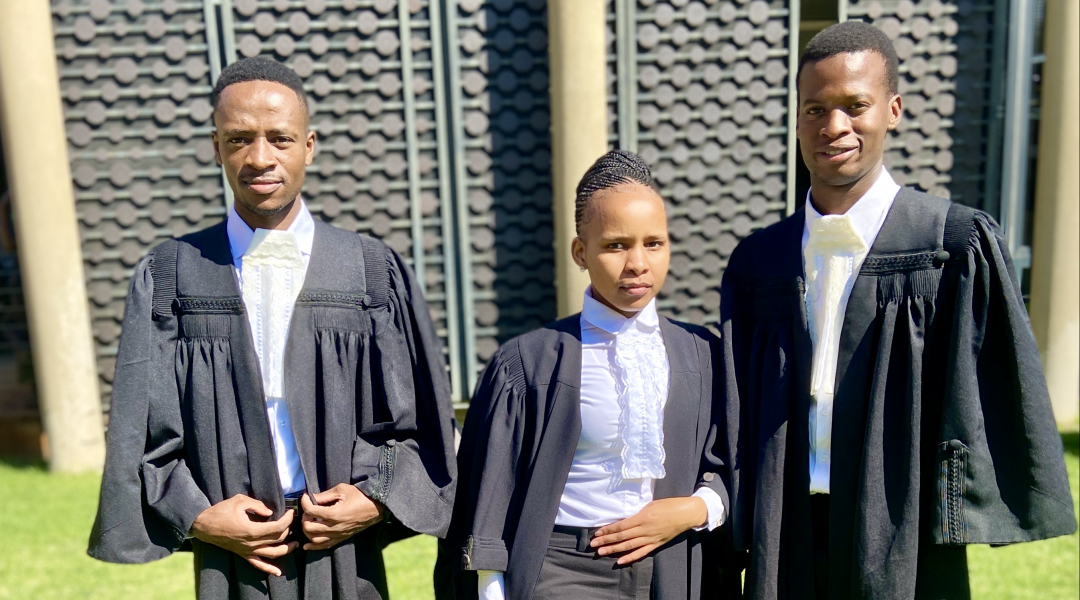 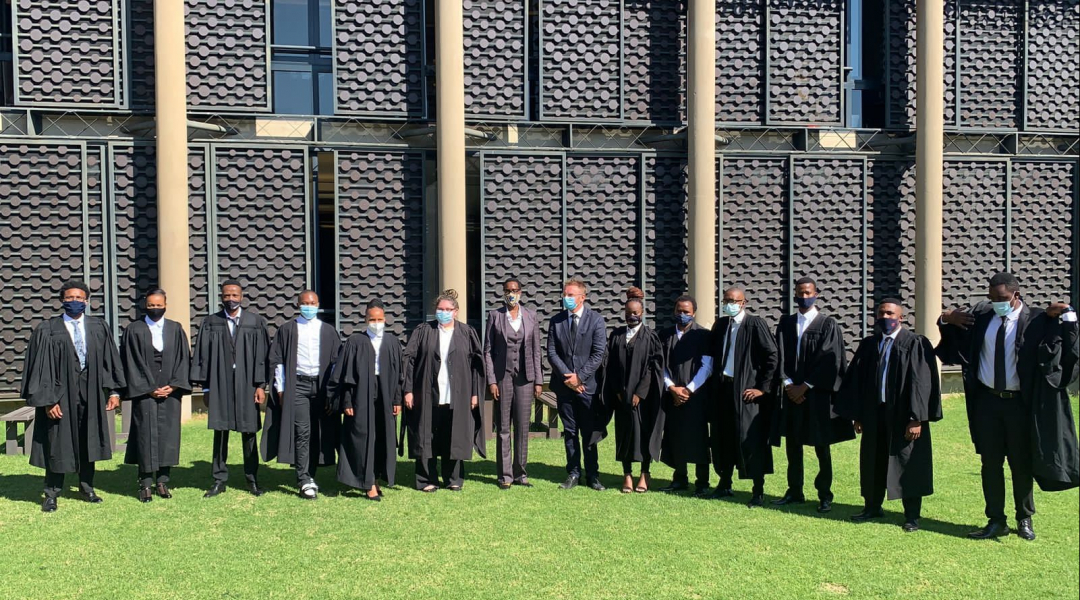 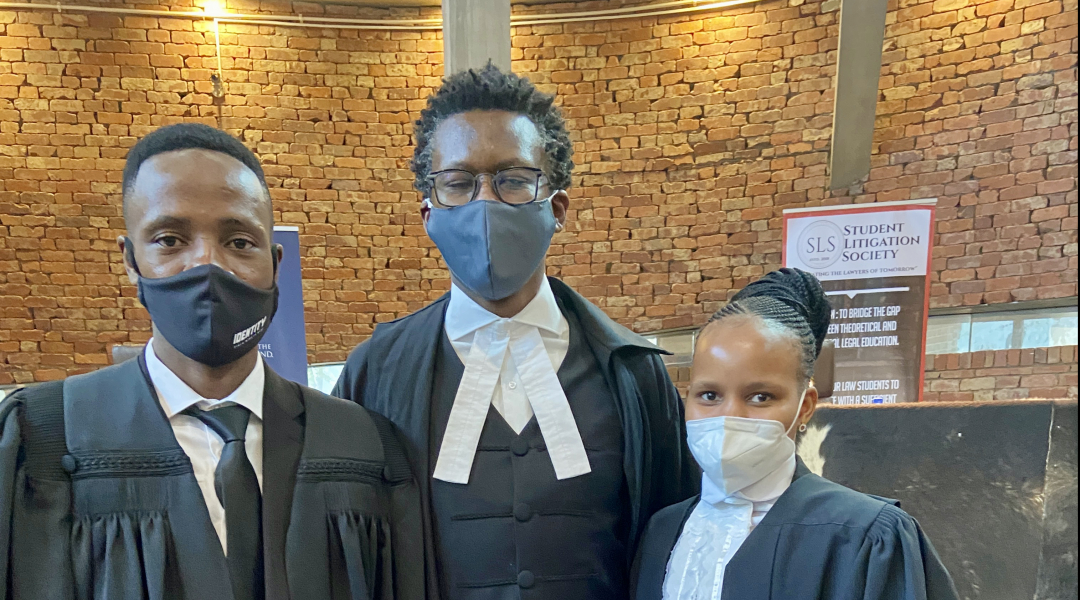 The Nelson R Mandela School of Law is proud of the tenacity shown by its law students during the Public Interest Law Moot competition which was organised by the Student Litigation Society in collaboration with the Centre for Applied Legal Studies at the University of Witwatersrand. The team reached the semi-final stage of the competition.

This year, 162 teams from universities all over South Africa submitted entries. UFH was represented by the following Law students:

The first round of selections was based on the submission of heads of argument and UFH made the cut and progressed to the Top 16.  Directives were issued at this stage instructing the teams to submit supplementary heads of argument relating to a further application for further evidence to be heard.  Based on their submission, the UFH team was selected to compete in the semi-final round.

The semi-finals and the final round consisted of ex parte submissions at Constitutional Hill and the Constitutional Court. The University of Johannesburg won the competition.

All three UFH representatives described the competition as an incredible learning experience where the competitor’s research ability, presentation skills, confidence and critical thinking were tested.

Going into and during the competition, the trio had received guidance and training from respected attorneys and advocates on a virtual platform created by the competition organizers. The UFH team was also supported in their preparations by Prof van Coller, Dr Ndlovu and Adv Seti from the Law Faculty.