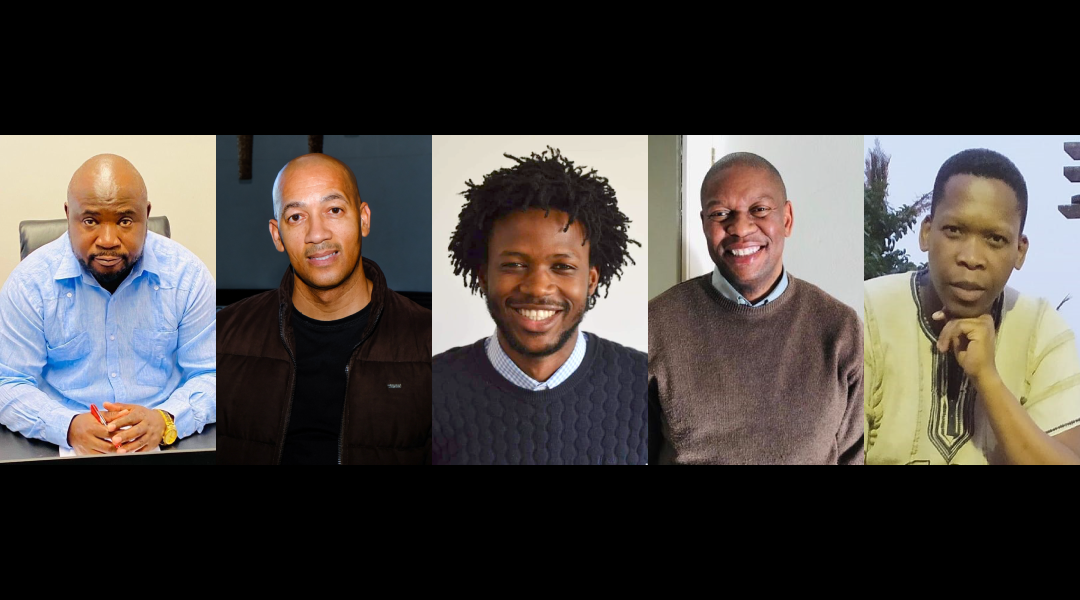 In response to the scourge of Gender-Based Violence (GBV), the UFH Student Counselling Unit (SCU) hosted a virtual men’s dialogue in collaboration with the GBV Unit to discuss possible interventions in the fight against GBV.

The panel discussion titled: GBV and Patriarchy was held on 23 September. The men who honoured the invite to deliberate on this heavy topic included:
• Mr Lufuno Tshikhudo - UFH Dean of Student Affairs
• Prof Jabulani Kheswa - UFH Head of Psychology Department
• Mr Sithenkosi Lungisa - UFH PhD candidate and Lecturer
• Mr Lulama Nombola - UFH Social Worker (SCU)
• Mr Bizo Bomela - UKZN Gender Studies Masters Candidate
The session happened when the university community and the nation was still reeling in shock over the brutal killing of Nosicelo Mtebeni, a UFH final-year law student, and many other GBV and femicide related killings.
Speaking at Nosicelo’s funeral, the Minister of Higher Education, Dr Blade Nzimande made a call to action to highlight the role that all men should play in challenging and changing toxic masculinity. He said: “Our most critical job is to teach the next generation of men to do better. We must stop these senseless killings of women.”
Opening up the floor, Acting SCU Director, Ms Thobeka Msengana, said the dialogue was a discussion whose time has arrived.
“After GBV was declared a second pandemic by the President, there was a national cry that men were silent. Following the death of Nosicelo and many other incidents, we felt that we needed to have such discussions. I am pleased that UFH men and the other panel members heeded the call to speak up against GBV.”
First to deliberate was Prof Jabulani Kheswa. He started his presentation by reflecting on cases of GBV in institutions of higher learning worldwide and spoke at length about the link between patriarchy and GBV. “Patriarchy and GBV have robbed women of occupying space in the corporate world and even in political spaces. For long, women have been told that their place was in the kitchen. It is important for men - especially at universities - to mobilize and put an end to this. It has a dire psychological impact on women,” said Prof Kheswa.
Mr Lufuno Tshikhudo said the session was critical because this is a serious pandemic. The Dean based his contribution on theoretical work and his own experience. He explored possible roots of the scourge.
“There is quite a number of reasons that can be flagged as the cause of GBV. Other than the culture that can be linked to patriarchy, we also have matters of religion, personality disorders and substance abuse.” Bringing the matter to the university, Mr Tshikhudo said while the institution is working towards officially establishing a GBV unit, the fight should go beyond our campuses.
"If patriarchy and culture contribute to GBV, then it is a result of our own upbringing. It naturally suggests that we need to come up with a plan to make a change in our families and communities.”
Mr Sithenkosi Lungisa said it was crucial that we do not abstract GBV from the societal challenges we face as a nation. “The National Development Plan - Vision 2030 outlines inequality, poverty and unemployment as the triple challenges that underpin and face our country. If we do not address these imbalances which have been constructed by our past as South Africans, we will continue experiencing incidents of GBV.”
Sharing his own conceptions on the topic, Mr Bizo Bomela said: “The consequences of colonial injustices tempered with African people and led to African women being relegated to play second fiddle and men turned into superiors. These gender equalities affect the way of life of African people. Women, who are the backbone of society, no longer know their status which was equivalent to men prior to colonization.”
Last to engage the audience was Mr Lulama Nombola who shared his understanding of the relationship between GBV and patriarchy. He also shared some of the initiatives by the SCU, such as the Res Talks, where members from the SCU go into student residences to talk to students about an array of social issues.
The presentations were followed by a heated Q&A session which was facilitated by Mr Simnikiwe Maqamfana.
Ms Msengana said the discussion was the first of many discussions to challenge the status quo around GBV. “We are starting a new culture, where GBV discussions are not only led by women but also by men.”
By Aretha Linden