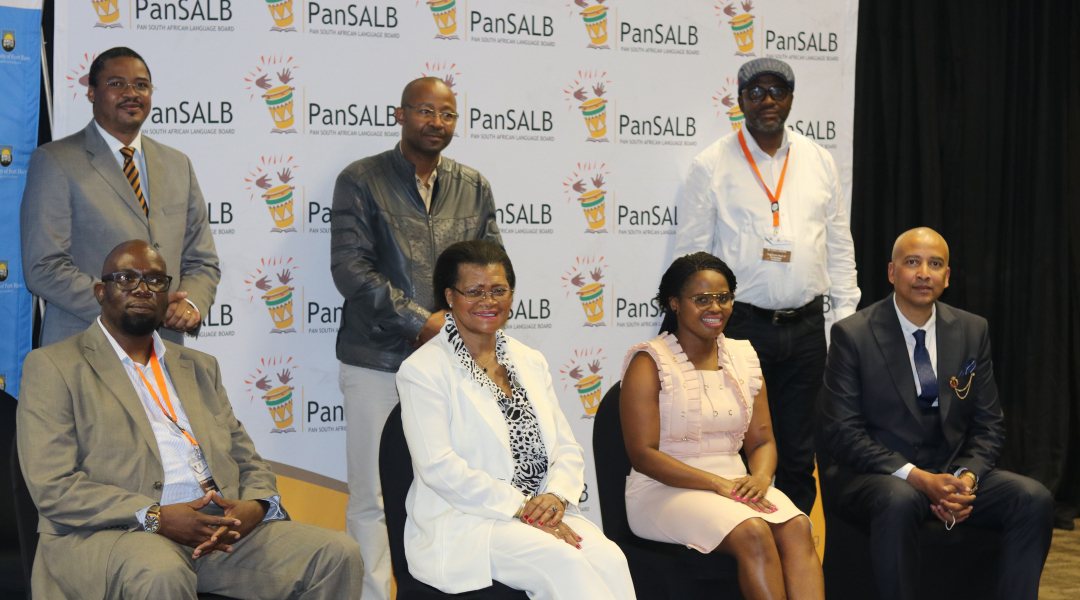 More than 100 Scholars and Researchers of African Languages, Linguistics and Literature from Africa, the United States and Europe gathered at the Regent Hotel to present their research papers. Due to Covid-19 protocols, only invited guests were allowed inside the venue.
The theme of the conference was: New perspectives in Indigenous Languages for Decoloniality and the Fourth Industrial Revolution in the 21st Century. Conference highlights included a launch of the Sizwe Satyo Language Development Award in honour of the late Prof Satyo – a distinguished isiXhosa linguist and author.
The event featured the following distinguished guest speakers:
Day 1 - Prof Langa Khumalo, Director of the South African Centre for Digital Language Resources.
Day 2 - Dr Thulani Mkhize from the University of KwaZulu Natal
Day 3 - Prof Desire Baloubi-Norfolk from State University (USA)
Welcoming the delegates, Vice-Chancellor Prof Buhlungu said: “I am very pleased that this year you chose the University of Fort Hare as the venue for this conference. African Languages have a very long-standing history at the university. The isiXhosa National Lexicography Unit is one of our flagship achievements. We are also proud of the Language Centre that is standing strong. We take African languages seriously and the university has been at the heart of promoting languages since the inception of the institution in 1916.”
The VC also appealed to universities, government and other agents to invest more into language development and preservation. “It is up to us to put our money where our mouth is in terms of language preservation. There should be more conferences such as this one,” he said.
ALASA Chairperson, Prof Monwabisi Ralarala said considering UFH’s interest in the language domain, the university remains a fertile ground on which an event like this could be successfully held. Commenting on the presentations,
Prof Ralarala said the topics were highly interesting. “The research papers presented here deal directly with issues of language, language in education, curriculum development, multilingualism and many more. Some of the issues have a direct bearing on the whole question of quality education as well as access and the success of our students.”
Gala Dinner
Speaking at a gala dinner held on the evening of Day 1, Mr Lance Craig, PanSALB Chief Executive Officer said: “The Board is pleased to have partnered with ALASA and the UFH African Languages Department to bring this platform for knowledge-sharing and the exchange of ideas under this theme.”
“The historical injustices of our past placed a unique burden on the development of African languages which not only has us playing ‘catch-up’ in many instances but we must also adapt to a fast-changing technological era brought on by the eminent 4IR. Ensuring that our languages enjoy parity of esteem means putting measures in place to redress the damage caused by the oppressive colonial apartheid and now neo-colonial regimes that systematically sought to strip African people off their identity and dignity through the denigration of their languages,” he said.
Craig also reflected on initiatives that have been undertaken to preserve indigenous African languages. “A lot can still be achieved through the pooling of resources, strategic partnerships, and close cooperation with like-minded institutions. Language is a living heritage that carries our oral traditions and expressions. It is a vehicle of the intangible cultural heritage of our people. That is why the declaration of the year 2022 – 2032 as the Decade of Indigenous Languages by UNESCO has renewed our hope for a more inclusive and equitable society that considers the languages of its people.’’
He concluded by encouraging writers, storytellers, poets, comedians and musicians to be mindful of their contributions and to document not only their stories but the language itself.
The gala dinner was also graced by the presence of: Ms Fezeka Nkomonye: MEC - EC Department of Sports, Recreation, Arts and Culture, and Mr Mlibo Qoboshiyane, Deputy Speaker - EC Provincial Legislature.
Sizwe Satyo Language Development Award
Mr Edward Mudau, PanSALB Chairperson said the award was in honour of Prof Satyo’s immense contribution in linguistics.
“Prof Satyo’s work, knowledge, research and teachings in indigenous languages have become an integral and indispensable part of South African teaching and academia.” The inaugural award was presented to Dr Zanemvula Sydney Zotwana who is also a distinguished isiXhosa linguist and author and has made a meaningful contribution to the body of knowledge of the language.
ALASA Via Africa Awards
These were presented to the following academics:
• Prof. Stanley Madonsela - Most Outstanding Linguistics Article (2020)
• Dr. Tavengwa Gwekwerere, Prof. Davie E Mutasa, Dr. Douglas Mpondi and Mr. Believe Mubonderi - Most Outstanding Socio-Linguistics Article (2020)
• Dr. Neville James Smith - Outstanding Literature Article (2020)
• Dr Zakeera Docrat - Emerging Researcher
• Dr Tebogo Jacob Rakgogo - ALASA Via Africa Award for PhD
• Mrs Cingiswa Shinta (nee Mbanjwa) - ALASA Via Africa Award for Masters
By Aretha Linden and Asaduma Baloyi