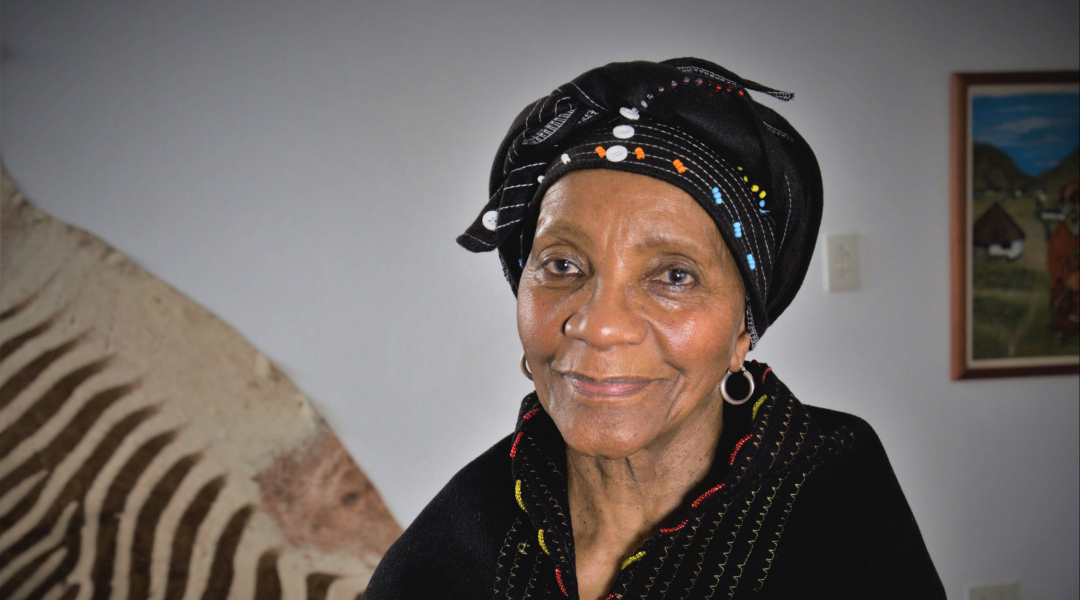 During its 98th graduation ceremony to be held on 21 June 2021, the University of Fort Hare will confer an honorary Doctor of Philosophy in Languages and Literature on Dr Sindiwe Magona, a South African master story-teller.

Born in Tsolo in the Eastern Cape, Dr Magona has authored over 120 children’s books, four stage plays, two short story books, works of autobiography and biography, novels, radio plays, and a screenplay. She writes in isiXhosa and English.

Vice-Chancellor Prof Sakhela Buhlungu said: “Dr Magona is a treasure to the university, the province, the country and to the world. This honorary doctorate is a celebration of her work.”

This will be Dr Magona’s fourth honorary doctorate, a graduate of Columbia University.  The other three are:

Before relocating back to Cape Town, she spent 25 years living in New York, working for the United Nations on Anti-Apartheid Radio Programmes until June 1994, and in the UN Film Archives until her retirement from the organisation at the end of 2003.

Her published works for adults include two autobiographical books, To My Children’s Children and Forced to Grow; two collections of short stories, Living, Loving, and Lying Awake at Night and Push-Push and Other Stories; three novels, Mother to Mother, Beauty’s Gift and, in 2015, Chasing the Tails of My Father’s Cattle!

Several of her short stories, essays, and poems have been anthologised.

Her latest release was published earlier this year.   When the Village Sleeps is a visionary novel about what loss of identity and dignity do to a people afflicted by decades of brokenness.  Told through the lives and spirits of four generations of amaTolo women, it moves between the bustling township setting of Kwanele and the different rhythms of rural village life.

She is the founder of the Gugulethu Writers’ Group which she runs on a voluntary basis to encourage women who might not otherwise write their stories.

Dr Magona is currently the writer-in-residence at the University of the Western Cape and has recently completed her PhD.

Over the years she has received several awards in recognition of her work, including the Order of iKhamanga awarded by the President of South Africa in 2011.

Below is a list of the awards bestowed unto her:

2003 – Proclamation (NY State Senate Democratic Leader, David A. Patterson – on World Aids Day 2003) in recognition of artistic work on the issue of HIV/AIDS

2007 – The Grinzane Award for writing that addresses social concerns

2007 – The Molteno Gold Medal for promoting isiXhosa culture and language

2007 – A Lifetime Achievement Award for contribution to South African literature

2020 – Ellen Kuzwayo Award from the University of Johannesburg