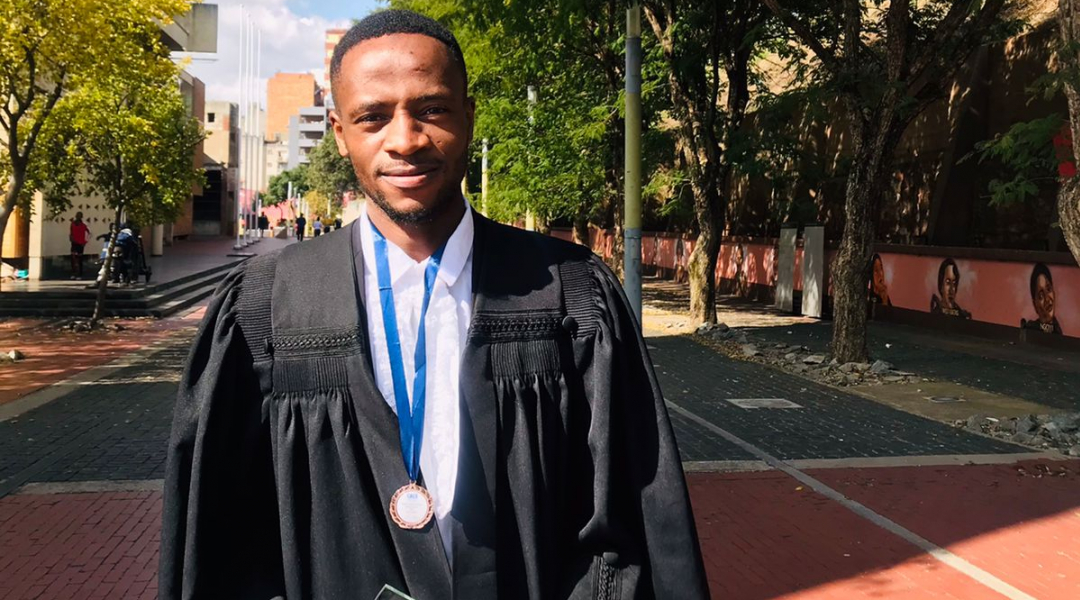 Mikioni and his teammates Ben Mgcini Tshuma and Zilungile Mbali who are all fourth-year Bachelor of Laws students, were placed third in the competition. They also made history by becoming the first team to consecutively appear and qualify for the grand finale in the competition (2020/21 and 2021/22).

According to the SLS, the competition seeks to address the disconnect between the study of law and the actual practice by giving law students from around the country the opportunity to showcase their skills. This year,  participants were required to work on a hypothetical case that brings together questions around labour rights, the rights of children, the right to education, the interests of the public as well as individual rights to bodily integrity, among other rights, during the Covid-19 pandemic.

The grand finale was held at the Constitutional Court of South Africa in Johannesburg on the 28th and 29th of April.

According to Mikioni, the competition registration was opened in September 2021 and attracted more than 400 entries from law students enrolled at universities all over South Africa. The competition consists of a preliminary round which involves written submissions; quarter-finals where oral presentations are made and followed by the semi-finals which require oral submissions. In the final round, the successful teams made oral submissions before a panel of judges.

Mikioni said winning the Best Orator Award was a huge honour. “This award solidifies my beliefs and inspires me to work even harder. I would like to extend my gratitude to the competition organisers, the SLS and the CALS. My sincere gratitude to the Nelson R. Mandela School of Law for the tremendous support. Special thanks to family and friends whose support and encouragement have enabled me to put in the effort. Thank you to my teammates who have made our ship sail steadily in stormy times,” he said.

Reflecting on the team’s experience in the competition Mikioni said they were equipped with more than just researching skills. “Being part of the competition also improved our articulation, confidence, impromptu reason, persuasion and critical thinking. The skills acquired from the moot are immense and useful not only for the prospective moot court competition but the law field as an aspiring legal professional.”