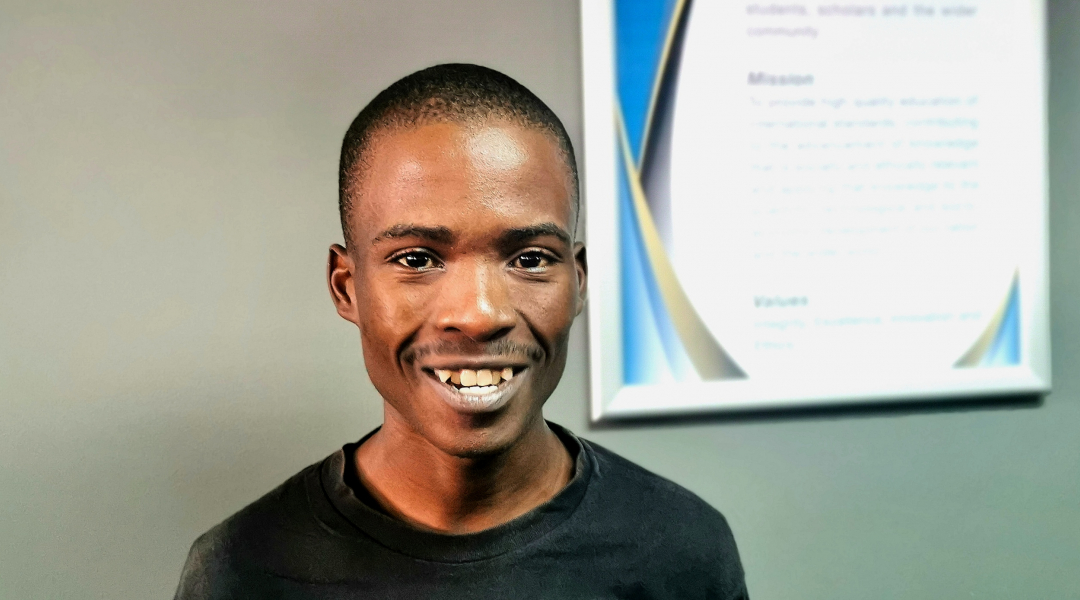 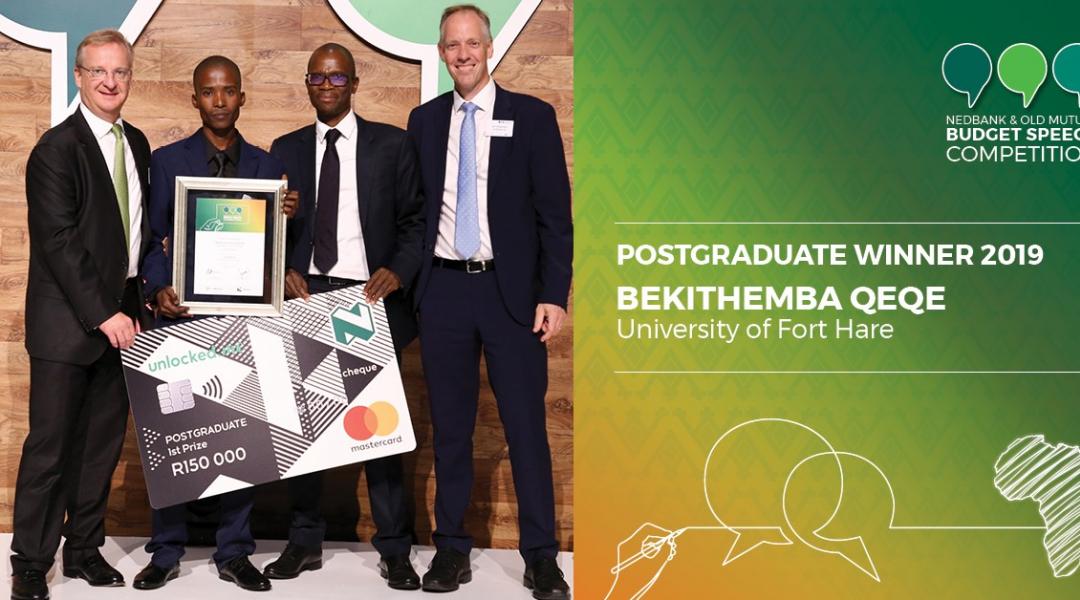 Mr Bekithemba Qeqe, a UFH second-year Economics Masters student who hails from the small rural town of Alice is the winner of the prestigious  National Nedbank and Old Mutual Budget Speech Competition. After outsmarting his competitors in the postgraduate category, Mr Qeqe claimed the first prize of R150 000. He is the first student in the history of UFH to claim this title.

“When they called out my name, it felt unreal. It was only the next morning that I realised this was real, I am a WINNER,” said an excited Qeqe.

In its 47th year running, the final round of the competition was held in Cape Town, ahead of the Minister Tito Mboweni’s Annual Budget Speech on 26 February. The winners were announced at a gala dinner held a few hours after the Minister’s speech.

The competition challenges Economics and Finance students from SA’s 26 universities to write an essay that speaks to the country’s key social and economic challenges. There are two categories - undergraduate and postgraduate.

Calls for entries were made late last year.  The undergrads had to make a case for and against investing in South Africa. Postgraduate students had to write an essay on President Cyril Ramaphosa’s initiatives to stimulate economic growth.  This includes the $100bn investment target, the jobs summit and the stimulus package.

After a rigorous judging process, three UFH students made it to the top 20 and secured their spot in the finals. The trio included Mr Qeqe, Ms Chwayita Mkrola a Postgraduate student, and final-year student Mr Ndabantle Manyoni.

At the end, Mr Qeqe's essay which explores the economic development initiatives announced by President Cyril Ramaphosa was selected as the most impressive by an esteemed panel of adjudicators. He argues, among others, that the country cannot reach its developmental goals if those responsible for corruption, mismanagement of funds and abuse of power continue to go unpunished.

Speaking to This Week @Fort Hare, Mr Qeqe who is still beaming with excitement said while his peers were enjoying the end-year break, he was preparing for this moment. “I spent the entire month of December preparing my essay and it was all worth it.”

According to Professor Forget Kapingura, UFH Economics Associate Prof and Postgrad Coordinator, this win was a first for UFH.  Prof Kapingura who accompanied the trio to the finals said: “The adjudicators and the competition administrators were impressed by our work.  We are proud of Mr Qeqe. We are also proud of the Economics Department for producing the best Economics student in the country.”

The 26-year-old Qeqe believes winning the competition has steered him even closer to his dreams - becoming a lecturer and a respected researcher in the Economics field.  As for the prize money, he hopes to use it towards his studies.