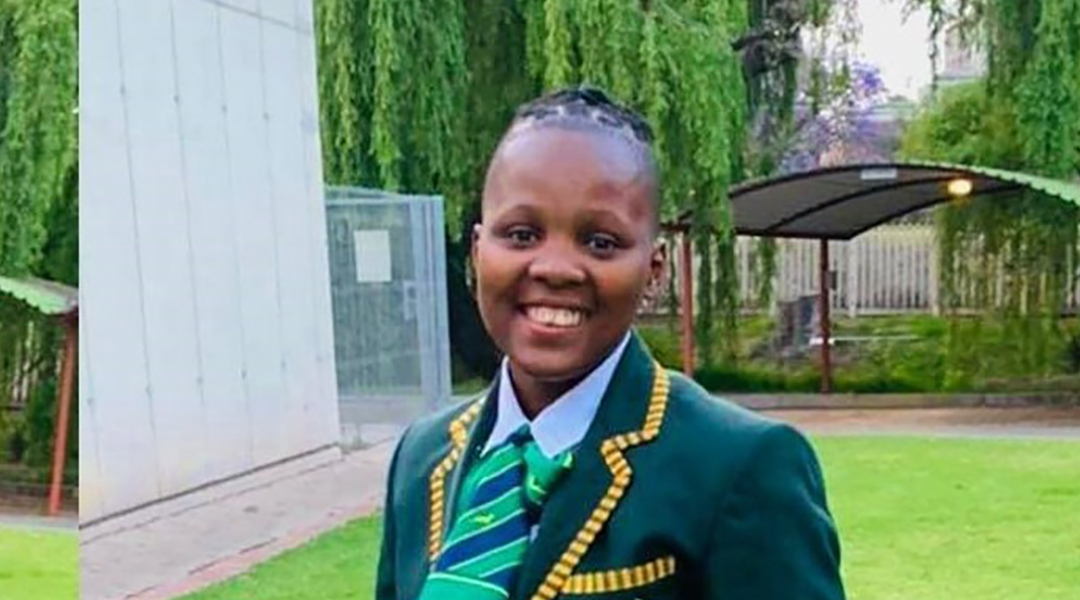 The match will be played in Vannes, France and is part of the team’s European Tour in preparation of the next year’s World Cup in New Zealand.

Mpupha, Springbok Women's centre, made history recently when she became the second South African female rugby player to secure a deal in Europe after being signed by English club Exeter Chiefs. https://www.ufh.ac.za/news/News/UFHalumnamakeshistorysecondfemalerugbyplayersecureEuropeandeal

Speaking to UFH Media ahead of the match, Tose who hails from Tsholomnqa, outside East London said: “There are many talented Rugby players in South Africa, being selected proves to me that I contribute to that talent. I am grateful to be part of this team.”

The 21-year-old who plays the position of a scrum half was introduced to rugby at age 11. Her first game was against a team of boys, as a result when she was selected to play for the Border under-13 team, talent scouts mistook her for a boy. “After selecting me they realized I was a girl, unfortunately, I could not play for the team. However, they were kind enough to find a girls’ team that I could play for.”

Her big break came in 2019, when after a great season playing for Border First Team, she was called-up to the Springbok team and got her first cap against Spain. In addition to being called-up, Tose who was 19-years-old at the time was also made vice-captain in a match against Scotland.  She has played three cap

Commenting about the game ahead, her teammates and being in France Tose said: “France is one of the strongest team, one has to be mentally and physically fit to face them and I think I am ready.  I am grateful to be in a team that cares and supports each other. Being here is a great experience for my rugby career and personally. So far, I have learned a few French words and have toured through Paris.”

Tose thanked her family, friends and coaches for believing and supporting her. “Most importantly I am grateful for people like Prof Maya van Gent (HMS HOD) who have helped me find and maintain a balance between studying and playing professional rugby.”

The match will be broadcast by SABC Sport (subject to confirmation by SABC) at 3pm.