UFH Collaborates with 7 HE Institutions On One Health Project 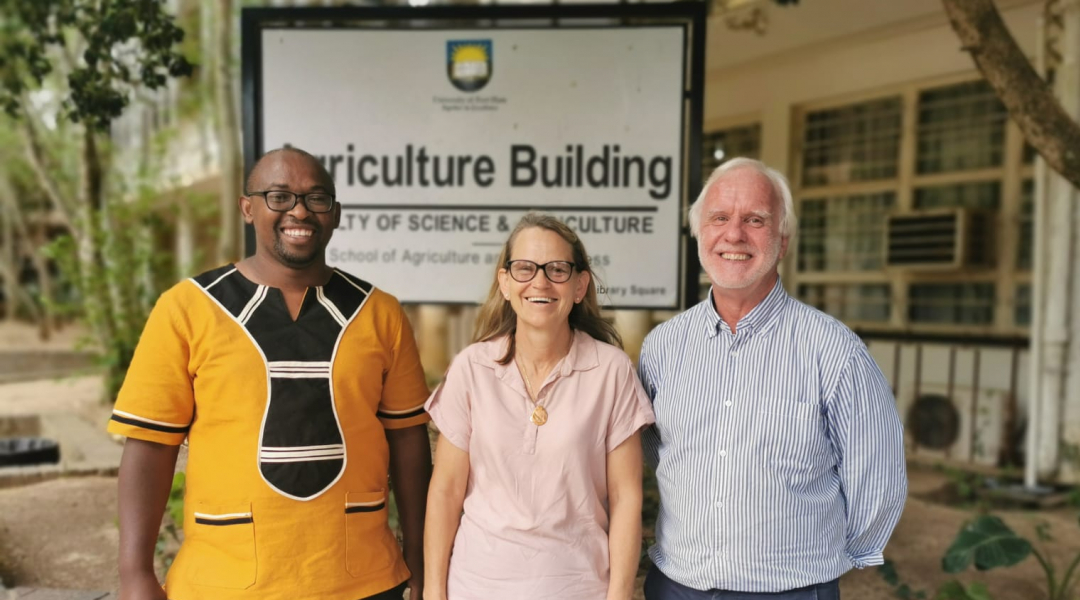 The University of Fort Hare’s  Department of Livestock and Pasture Science has collaborated with seven higher education institutions from South Africa and Europe on a project known as  One Health.

The Centre for Disease Control and Prevention defines the One Health concept as a collaborative, multisectoral and transdisciplinary approach - working at the local, regional, national, and global levels.

The goal of the concept is to achieve optimal health outcomes recognizing the interconnection between people, animals, plants and their shared environment.

Mr Maliviwe  Mpayipheli, a lecturer at the Department of Livestock and Pasture Science said the purpose of the project is to “train and equip postgraduate students, technicians, academics and research administrators on the concept”.  This, he said,  would be facilitated through student exchange programmes and workshops.

According to Mpayipheli, a collaborative proposal was submitted in February last year and was approved and funded by the European Commission under the Erasmus+, KA2 Capacity Building in Higher Education (CBHE).

In November 2019, project steering committee members Professor Victor Rutten of the University of Utrecht and Professor Anita Michel of the Department of Veterinary Tropical Diseases at the University of Pretoria visited the UFH Alice campus. The purpose of the visit was to brief the different university partners about project details and the activities anticipated during the project’s lifespan.

Mpayipheli said this project is vital because proper understanding and implementation of the One Health approach is necessary for effective health and welfare management at the interface between humans, livestock, wildlife and environment.

“A typical One Health example that is relevant to our province is that of dogs infected with rabies. This does not only pose risk to human health but to other animals as well. It is also a threat to food security.”

He said communal farmers were also likely to receive training to help them deal with health related issues as the result of the livestock, human and wildlife interaction.

On 27 and 28 January, Mr Mpayipheli will attend a Grant Holder meeting in Brussels,  Belgium on behalf of all South African partners.