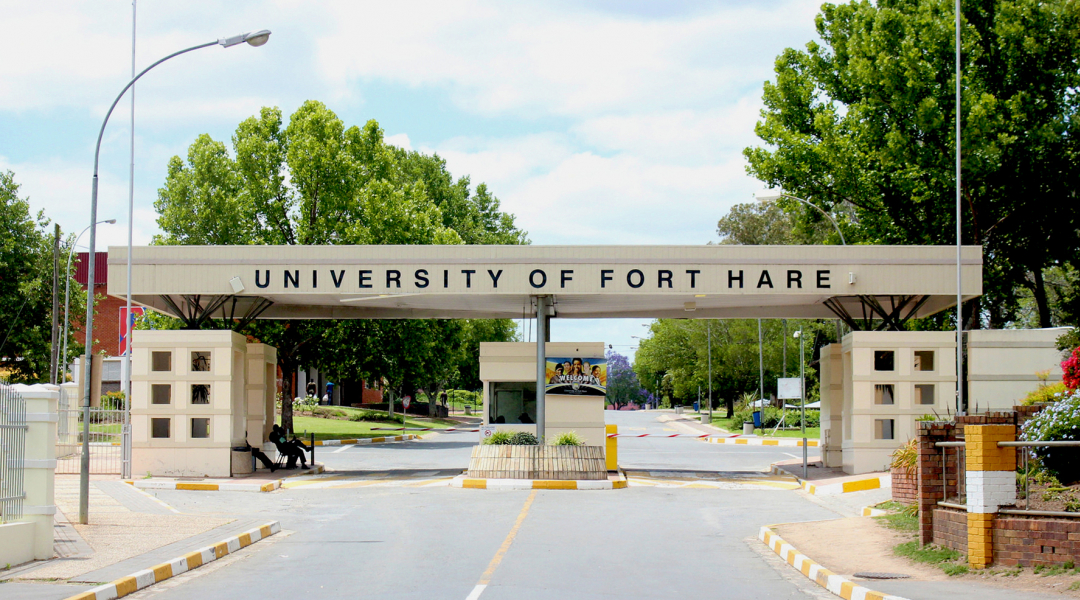 The University of Fort Hare (UFH) wishes to update students, staff, alumni, and affected stakeholders of several arrangements approved on Friday evening by senior management of the university for the memorialization of Ms. Nosicelo Mtebeni.
This afternoon, university management are meeting Ms. Mtebeni’s family who arrived in East London from Matatiele a few minutes ago.
The UFH has declared Wednesday (25 August) the official day of mourning. This announcement was made on Friday evening to UFH staff and students in a communique. The university will suspend all academic activities and operations on this day to honour Ms. Mtebeni’s life. A memorial service will also be held on this day, and the event will be live-streamed.
The Office of Vice-Chancellor announced that the UFHs Women’s Month programme will deviate from its original scope and charter to incorporate the life and memory of our deceased student.
Following a public consultation process that identified UFH alumnae Gertrude Ntlabathi, Nolitha Fakude and Phyllis Ntantala as deserving women leaders to be featured in a Women’s Month public art project, the Vice-Chancellor requested the inclusion of Ms. Mtebeni in a public artwork on the Alice campus subject to approval of her family. The public artwork will be unveiled later this week.
At the start of the month, the Vice-Chancellor’s office also commissioned the UFH Music Department and the Miriam Makaba Eastern Cape Audio Visual Centre (ECAVC) - a joint venture of the UFH and the Eastern Cape Department of Sport, Recreation, Arts and Culture (EC DSRAC) – to encourage female music students to compose, record and perform an original Women’s Month song dealing with subject matter they deem fit. The Vice-Chancellor has asked for the song to be dedicated in memory of Ms. Mtebeni. The song will be performed at the UFH and EC DSRAC’s Women’s Month concert on Thursday night, and the event will be livestreamed on the UFH’s YouTube channel. The official video will be released later this week or early next week.
The Vice-Chancellor’s office will also launch the Nosicelo Mtebeni Women’s Month Public Lecture that will feature a Constitutional Court judge keynote speaker every year during Women’s Month. This project will be explored with the country’s apex court by UFH’s Faculty of Law. It was Ms. Mtebeni’s dream and career aspiration be a judge of the South African Constitutional Court one day.
The UFH learned that students and gender activist groups intend to protest outside the Magistrate’s court tomrrow. The UFH believes that expressions and responses of grief, anger, outrage and solidarity over a brutal incident of femicide must be permitted and should take place without hindrance or interference. A process of mourning, protestation and catharsis must be allowed during this time. We ask all parties to protest responsibly, peacefully and to observe Covid 19 protocols.
The UFH further welcomes Minister Blade Nzimande’s strong condemnation over Ms. Mtebeni’s death, his commitment to policies geared to root out GBV in higher education and training institutions in South Africa, and for his ongoing commitment and interest in lives of the students of the University of Fort Hare.