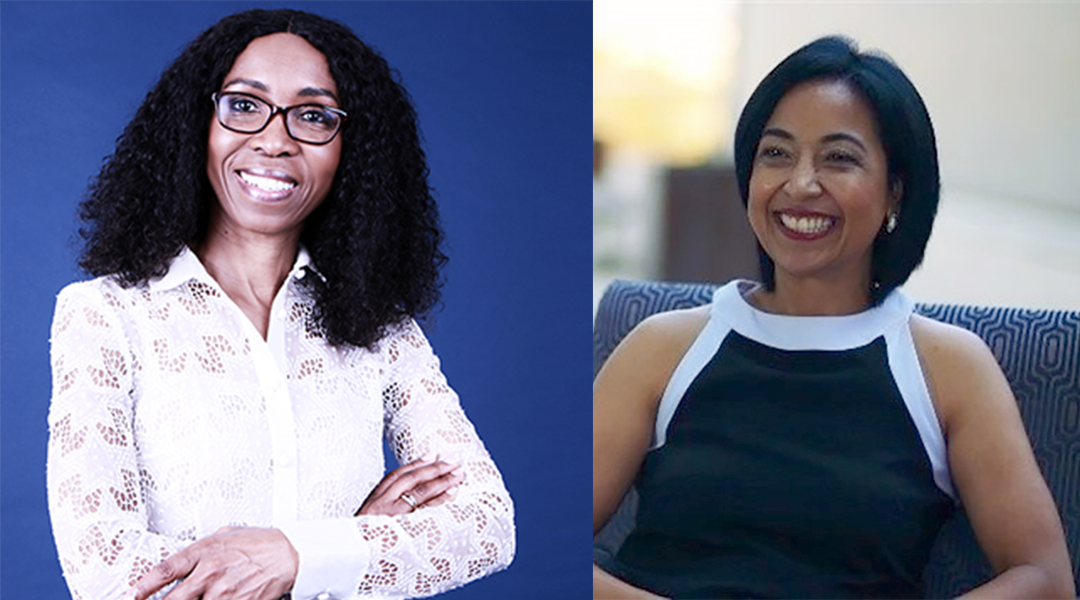 As we usher in Women’s Month (August), the university celebrates two of its esteemed alumnae, Drs Nolulamo Lulu Gwagwa and Rolene Wagner who have been appointed to leading roles in their respective career fields.

On 14 July, Barloworld (a leading industrial processing, distribution and services company) announced the appointment of Dr Gwagwa as an independent non-executive director and  Chairperson of the Board, with effect from 1 October 2021.

A week later, the Eastern Cape provincial government introduced Dr Wagner as the new Superintendent-General of the EC Health Department as from 1 August.

Dr Gwagwa has four decades of experience across multiple industries in the public and private sectors. She has served on the boards of companies in the business-to-business operating environment and has international exposure in managing complex governance structures. Dr Gwagwa has also served on the boards of several large South African organisations including FirstRand Limited, Sun International Limited, and Afrox Limited. Currently, she serves on the boards of Massmart Holdings Limited and Zutari Proprietary Limited (as chairperson).

In November 2020, she was the guest speaker at the UFH 3rd Archbishop Thabo Makgoba Public Lecture. Delivering her keynote address, Dr Gwagwa said: “I am greatly honoured to speak at the platform of my alma mater. When I first entered the gates of UFH in February 1976 I was an impressionable and very naïve 17-year-old. It was a dream come true for me. This institution definitely opened my eyes and my mind.”

Before taking up her current position as a Medical Director of Netcare based in Gauteng, Dr Wagner was the CEO of East London's Frere Hospital for over eight years. Under her leadership, Frere Hospital won a number of awards, including the International Hospital Federation Award in recognition of the hospital's turnaround quality improvement project.

Health MEC Nomakhosazana Meth said no better person could have been appointed. "Dr Wagner is just what the department needs and we are happy she is back with us after she was stolen by the private sector. With her leadership skills and knowledge of the health sector - working with senior management, organised labour and workers -  we are sure she will excel."