Among the highlights of the upcoming Winter Graduation on 21st June 2021, is the awarding of an honorary Doctor of Laws Degree to SA’s legal maestro, former Deputy Chief Justice (DCJ)  Dikgang Moseneke.

Retired five years ago as a DCJ and a Justice of the Constitutional Court of SA,  Moseneke’s legal career spans over 40 years. His contribution to the development of jurisprudence in South Africa is immeasurable." data-share-imageurl="https://www.ufh.ac.za/sites/default/files/field/image/Justice%20Dikgang.jpg"> 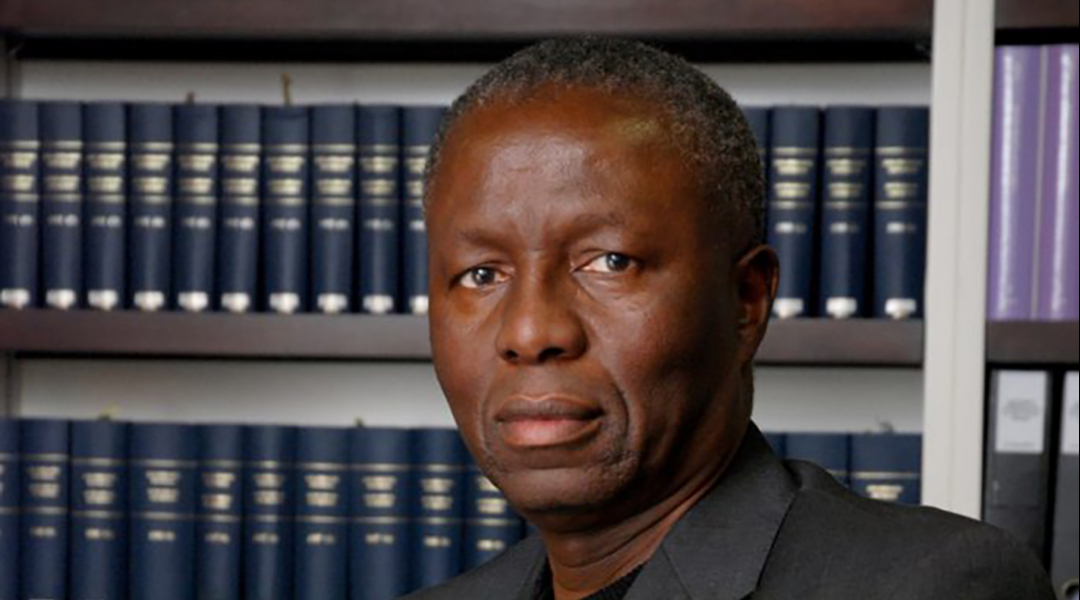 Among the highlights of the upcoming Winter Graduation on 21st June 2021, is the awarding of an honorary Doctor of Laws Degree to SA’s legal maestro, former Deputy Chief Justice (DCJ)  Dikgang Moseneke.

“He is Justice personified. This doctorate is in honour of an individual who served the SA justice system with just and dignity. We are proud to honour him,” said Vice-Chancellor Sakhela Buhlungu.

Justice Moseneke was born in 1947 in Pretoria where he completed primary and secondary schooling. In March 1963, at age of 15 years and whilst in Standard 8 (now Grade 10) he was arrested, detained and convicted for participating in political activity opposed to the apartheid regime. He was sentenced in the Supreme Court of Pretoria to 10 years imprisonment, all of which he served on Robben Island.

Whilst on Robben Island, he studied privately and matriculated with a university entrance pass. He enrolled with the University of South Africa (Unisa) where he obtained a BA degree majoring in English and Political Science. Subsequently to that, he obtained a B. Juris Degree and thereafter completed his LLB Degree. All three degrees were obtained from Unisa.

Shortly after leaving Robben Island he began his legal career in 1976 as an attorney’s clerk. Two years later, he was admitted as an attorney and thereafter practised in partnership at the Maluleke, Seriti and Moseneke Law firm.

In 1983, after practising for five years as an attorney,  Justice Moseneke was called to the Bar where he practised as an advocate at the Johannesburg and Pretoria Bars. During his practice at the Pretoria Bar he was elected to serve on the Bar Council. Ten years later, in 1993 he was elevated to the status of Senior Counsel (SC).

With the advent of constitutional negotiations, in 1993 he was appointed to serve on the technical committee that drafted the 1994 Interim Constitution for a democratic South Africa.

In the same year, 1994,  he was appointed deputy chairman of the Independent Electoral Commission which conducted the first democratic elections in South Africa. In September 1994, he was appointed to the High Court, (Transvaal Provincial 2 Division, as it was known then) as an Acting Judge after which he returned to his practice as a Silk at the Bar.

Between the year 1995 and 2001 he left the Bar to pursue a full-time corporate career where he took up several leadership positions at various companies.

He was elevated to the bench of the High Court Pretoria in 2001 and subsequently appointed to the Constitutional Court in 2002 and as the Deputy Chief Justice in 2005.

Justice Moseneke is a founder member of the Black Lawyers Association (BLA) and its first national secretary. He is a founding member of the editorial board of the African Law Review published by the BLA to give a voice to disenfranchised legal practitioners.

Together with other progressive legal practitioners, he established the National Association of Democratic Lawyers of South Africa (NADEL) and become the association’s first national treasurer.

He has served in several community-based organisations and non-governmental organisations whose activities were directed at ameliorating the harsh impact of apartheid inequality. This service included his role as chairman of Project Literacy for over 10 years and as trustee of the Sowetan Nation Building and as Chairperson of the Nelson Mandela Children’s Fund for 15 years.

He holds several honorary doctorates and is a recipient of numerous awards of honour, performance and excellence at home, and abroad.

In the past 40 years, Justice Moseneke has read numerous papers at law conferences, both at home and abroad and is widely published in academic law journals.

On 28 October 2020, the UFH Nelson R Mandela School of Law together with Pan Macmillan publishers had the honour of hosting a virtual book launch for his memoir: All Rise - A Judicial Memoir.

Justice Moseneke is married to Kabonina and they have a daughter, two sons and six grandchildren.