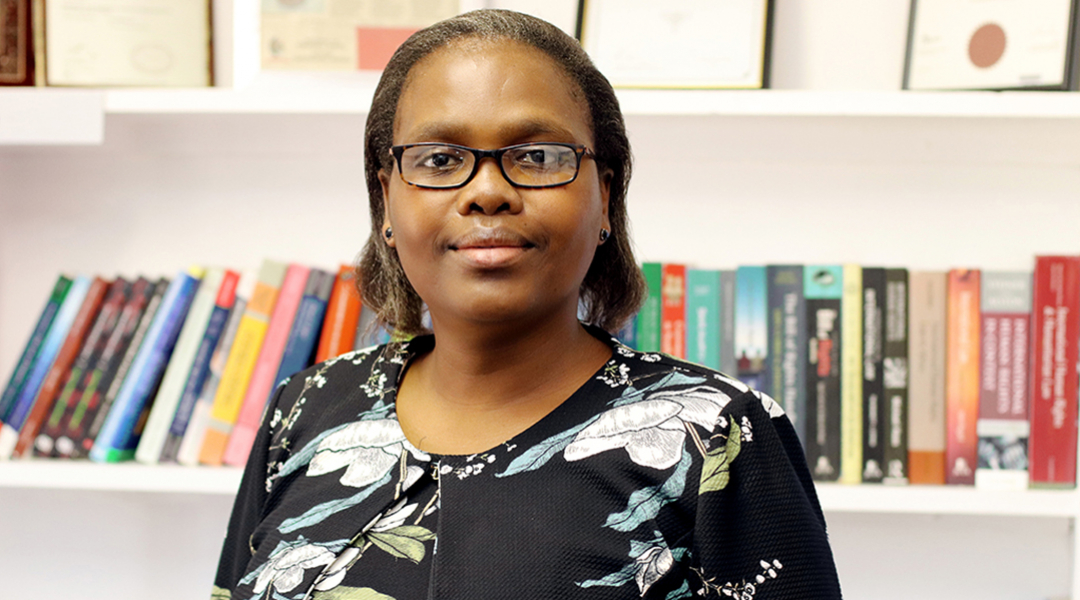 Prof Ntlama is the acting Head of the Fort Hare UNESCO Oliver Tambo Chair of Human Rights within the Nelson R Mandela School of Law.

She is a UFH alumnus, former student leader and a sporting giant in her own right.  Affectionately known as Thandi, the rural girl from Qaga village, King Williams Town, is the first Black National Netball player in the Eastern Cape and one of the first four Black Players of Border Netball in 1994 after the integration of black and white federations.

She bowed out of national sporting duties after participating and representing NSA during the Commonwealth Games in Manchester in 2002. She had to give up competitive netball due to work commitments, which saw her climbing the academic ladder to become the first South African black woman to be a Professor of Law in the university’s Law Faculty.

Ntlama’s appointment to the NSA role means a lot as the offer could have been given to a practicing senior advocate.  However, her experience as an acting Judge as well as her netball background counted in her favour.  She knows how netball rules should be transmitted into the general framework of the law.

According to her, the uniqueness of the position is derived from her being a former player, an official at local level and being aware of netball rules and particularly a need to align the vision and mission of NSA with the country’s law framework.

“As an appeals chairperson it is not a matter of finding someone guilty, but rather more of an educational role.  It is through NSA officials and senior managers and everybody else that is involved in the sport, that netball can become a beacon of hope in ensuring that legal processes are carried out with due diligence”, she said. Ntlama would like to continue playing a role as a resource to the current UFH netball team.

In 2016 Prof Ntlama was appointed Acting Judge of the Eastern Cape division based in Bhisho. Her next appointment was based in Durban, KwaZulu-Natal division.  As Acting Judge she dealt with criminal and civil matters. One of the high profile cases she presided over and attracted a huge media attention was an appeal judgement of a kidnapped child from Mdantsane who landed in Mozambique. She dismissed the appeal in 2016.

Finding a Balance Between Student Leadership and Sport

In 1999/2000 as a UFH student, she served as the Academic Officer in the SRC under the presidency of the current Eastern Cape Premier, Oscar Mabuyane. She remembers that year as having to balance her academic work, student leadership and her netballing career.  Of the latter, she recalls, “I was highly involved in netball and frequently travelled between Alice and Port Elizabeth, hitchhiked using my own money and had to balance all my roles to make sure I did not fail.   Sometimes I would stay in the SRC office till very late at night”.

Ntlama also served as Secretary of Kwavelukukhanya Sports Council. “We would organize tournaments with a particular focus of transmitting national information at local level. The aim was to empower players particularly in the new democracy because there are values and principles that have to be infused through sport as a uniting tool”.

She is also part of a group that is organizing a heritage tournament in honour of a rugby player who sustained a serious injury that led to a disability.  Scheduled for September 2021, the group wants to use the tournament as a platform to raise awareness about disability and inclusion.