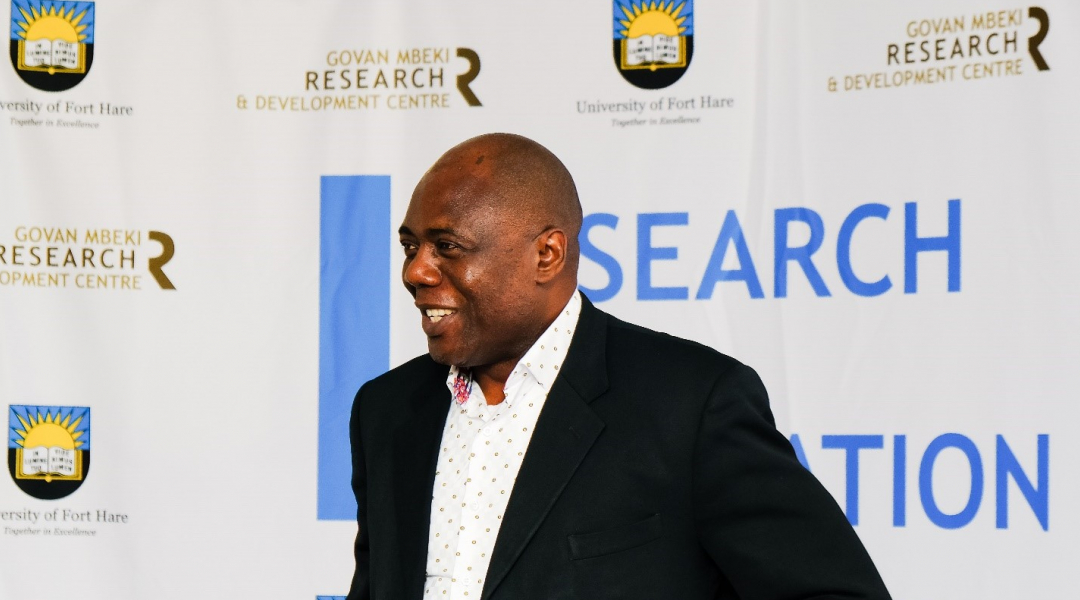 Recently, the university received news of his appointment to serve on the National Wastewater CoronaVirus Surveillance Team anchored by the SAMRC.

The objective of the surveillance project is to evaluate all municipal wastewater treatment plants in the country – especially those in hotspot areas, as reservoirs of the coronavirus in the environment, and through this,  help to advise  Government’s  Strategic Covid-19 Team as appropriate. The treatment plants will be monitored for presence of the coronavirus, using influent and effluent samples as targets.

The project is fully funded by the SAMRC.

This is just one of several accolades that Prof  Okoh has earned since joining the University of Fort Hare in 2006.

Participation on the project is of immense benefit to students, his faculty and university at large.

“Team members including students, develop skills in environmental virology and infectious diseases research – a scarce skill area. The faculty will benefit because the project will attract new and expensive infrastructure from national government.  At the end of the project, the equipment will remain with the faculty and the university,” explained Prof Okoh.

The university will also benefit from subsidies that will be generated from publications and students graduating from the project.

“In addition, the university will benefit from the visibility of our work in the project and as well as national recognition of the university as a leader in microbial water quality research,” he states.

Prof Okoh is no stranger to research excellence. He is the Director of SAMRC Microbial Water Quality Monitoring Centre here at UFH.

The Centre was established in 2015  and conducts its research within the confines of Applied and Environment genomics on the following focal themes:

He is also the leader of the UFH’s largest and highly reputable research group, the Applied and Environmental Microbiology Research Group (AEMREG) which he established in 2007. On average,  in the  last three years, the group has published over 40 articles per year in DHET accredited journals.

He has also been leading the  UFH Water Research niche area since 2013 and served as Deputy Dean (Research and Internationalization) of the Faculty of Science and Agriculture between August 2016 and April 2020.

He also had the privilege of serving on several panels (including as Chairperson) for the NRF, SAMRC, WRC, UKZN (review of academic programmes at the university), the South Africa National Science and Technology Forum (NSTF) discussion forum on Water Management and Skills, as well as (in 2016) a member of the South Africa delegation to Oman on the Oman-South Africa bilateral cooperation Workshop on Water & Agri-biotechnology.  It is upon such accomplishments that he was nominated as a member of the coronavirus surveillance team.

A summary of  milestones achieved by the SAMRC Microbial Water Quality Monitoring Centre  includes the following:

Prof Okoh attributes his achievements to the support provided by the Vice-Chancellor, Prof Sakhela Buhlungu  and his Deputies.

He also acknowledges the support received from the Dean of the Faculty of Science and Agriculture, Prof Nomakhay Monde, the Govan Mbeki Research and Development Centre,  drivers and managers with the university’s Transport department.

“There are several men and women of honour in our great university who have assisted us in one way or another.   We are indeed very grateful for their  support over the years.”