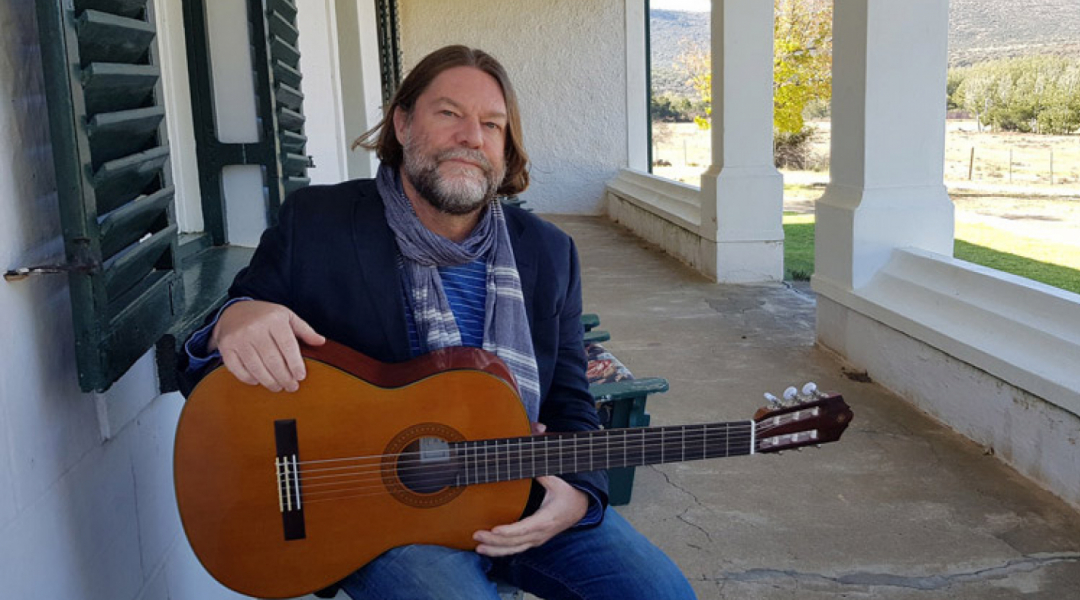 In addition to being an industrial sociologist and a well-accomplished researcher, Prof Andries Bezuidenhout is also a successful Afrikaans Music singer-songwriter.

The Development Studies Professor in the Faculty of Management and Commerce has released his latest solo album titled: Spoorlangs (Along the railway tracks).

The album -  his fourth - was released on 1 June 2021 by DistroKID on the following streaming platforms: Spotify, Apple Music, and YouTube.

Speaking to ThisWeek@FortHare about his music career, Prof Bezuidenhout said: “When I produce music, I try to ask questions and tell stories. I think art is there to question and activate the imagination.” He is also a visual artist, an author and a poet.

Andries, who lives in the small town of Alice said the content/lyrics of his latest album were inspired by typical Eastern Cape stories.

“This album got most of its inspiration from Eastern Cape landscapes and history. There’s a song about Robert Sobukwe, as well as a fictional character called Andrew Rennie Pringle who lost his family farm at the time when  Ciskei was created by the apartheid state.

“There’s a song about Alice and the involvement of old and new missionaries in creating the place. There’s also a song about what you encounter on the road between Hogsback and Keiskammahoek. Another song is about what people win or lose when they decide not to have children for reasons of ecological sustainability.

Throughout the album, the theme is that losing your way can also be a way to explore new roads and a means to finding a new sense of direction.”

When asked how he manages to juggle being an academic and a recording artist, Andries said: “During the day I do academic work and after dinner, I retreat to my home studio in Alice. When other people watch television, I compose or record music. Sometimes I work on oil paintings, or write poetry.”

“What holds everything together is an interest in people’s creative potential to shape the landscapes where they find themselves. I see ‘place making’ as a kind of human agency, a way to challenge structures of disadvantage and power. So rather than having to juggle between them, there’s a synergy between my academic interests and my music, held together by an interest in issues related to history, landscapes, identity, and belonging.”