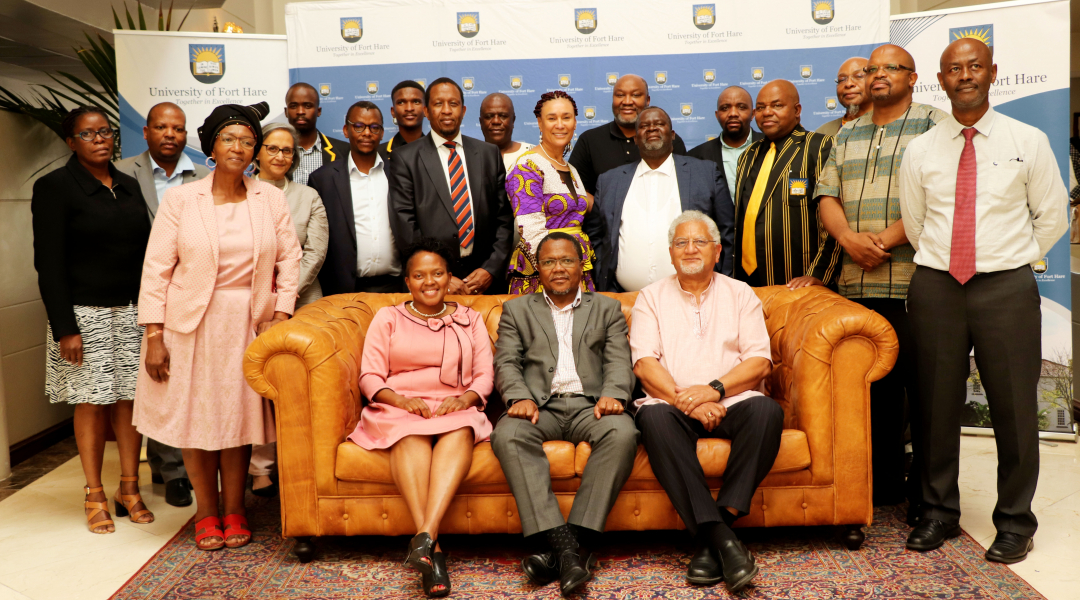 As Vice-Chancellor and Principal, Prof Buhlungu has steered the university through 18 months of trying times. A sense of relief for being a normal university again is palpable across the university and its stakeholder groupings.  This is because the appointment of a new Council - the highest decision-making structure at the University of Fort Hare - is a significant milestone for the 104-year old institution.  It marks the end of a protracted governance crisis which led to the dissolution of the previous council on 29 April 2019 and placement of the university under administration.

Professor Loyiso Nongxa became the first Administrator and served a 12-month term which ended in April 2020. The second Administrator was Mr Nhlanganiso Dladla whose six-month term ended a few days ago. In addition to the administration process, a team of independent assessors was appointed to conduct an indepth investigation into the affairs of the university. The Assessors report was gazetted in December 2019 and set the tone for a clear turnaround plan for the university.

Highlights of the Administration Process

An important yet unusual feature of the UFH administration phase is that only Council operations were replaced while Management functions were left intact. Although challenging, the Administration process has enabled the university to meet all of the ministerial directives, namely:

Guided by the revised Statute, a 22-member Council was inducted on 24-26 November 2020, culminating in the appointment of the Executive Committee of the university Council (EXCO).   Membership comprises 14 external appointees and eight(8)members constituted from internal university structures.

Selecting Council members was a daunting task as several nominations of capable men and women were received from across the length and breadth of South Africa.

The new council will be chaired by Bishop Ivan Manuel Abrahams, General Secretary of the World Methodist Council. Bishop Abrahams is the fourth person and first South African to serve in this capacity and the first General Secretary of the World Methodist Council outside the USA and the UK.    Dr Siphokazi Koyana - an entrepreneur who owns and manages a socio-economic development-focused research consultancy, will serve as his deputy.

An incident which has cast a bit of a shadow over the council constitution process was the death of the outgoing Auditor General, Mr Thembekile Kimi Makwetu  who was also due to be inducted as a member of the UFH Council.  The university community mourns the loss of a great son of the soil.

Congratulating the new Council, University Chancellor, Adv Dumisa Ntsebeza SC said, “May each and every one of you leave an indelible mark and construct a legacy for the University of Fort Hare because this is our mother university”.

Incoming Council Chairperson Bishop Abrahams thanked fellow members for the vote of confidence shown in him.

“Today we are the new story of the University of Fort Hare.  This is an opportunity to recalibrate our moral compasses and connect with the institution. We must not forget that we stand on the shoulders of giants who passed through the doors of this iconic institution.  We dare not let them down. May all of us believe we can fly into a future that is pregnant with possibilities”, he said.

Professor Buhlungu conveyed words of appreciation to Prof Nongxa and Mr Dladla, who, during their terms as Administrators provided strategic support to Management.

“We’ve been waiting for this moment – to operate as a normal university with a Council that provides oversight.  This is our priority need. We are very optimistic about the future.  The period, 2020-2030 has been earmarked as a Decade of Renewal at Fort Hare” said the VC.

I am confident that UFH staff and students welcome the new council and are committed to doing their best to help steer Fort Hare back to its days of glory as the uppermost African institution of higher learning, which gave birth to world renowned leaders as well as fine scholars and prolific academics.

Membership breakdown is as follows: