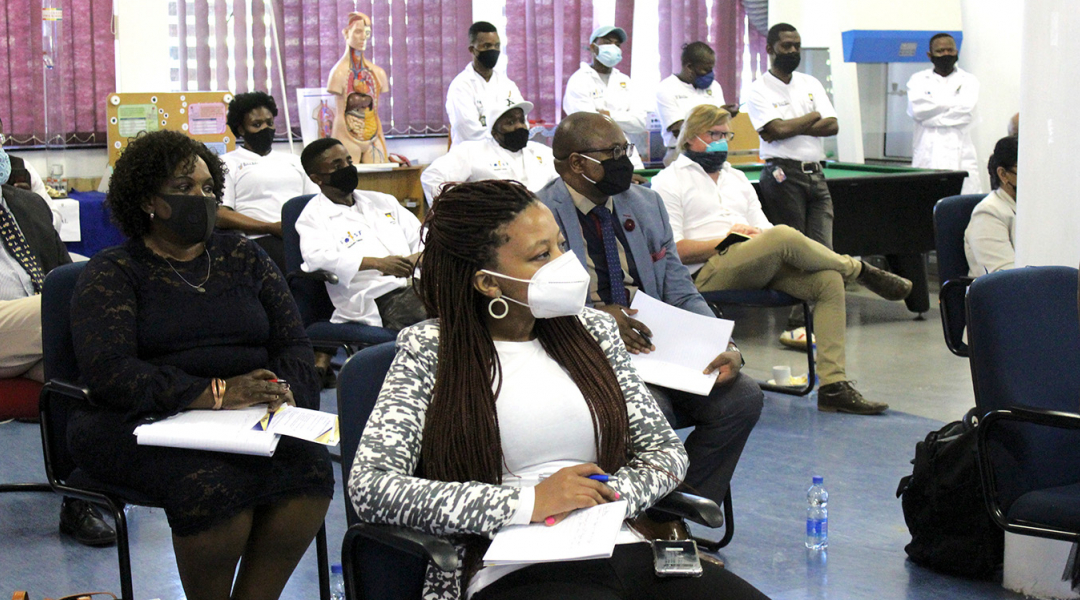 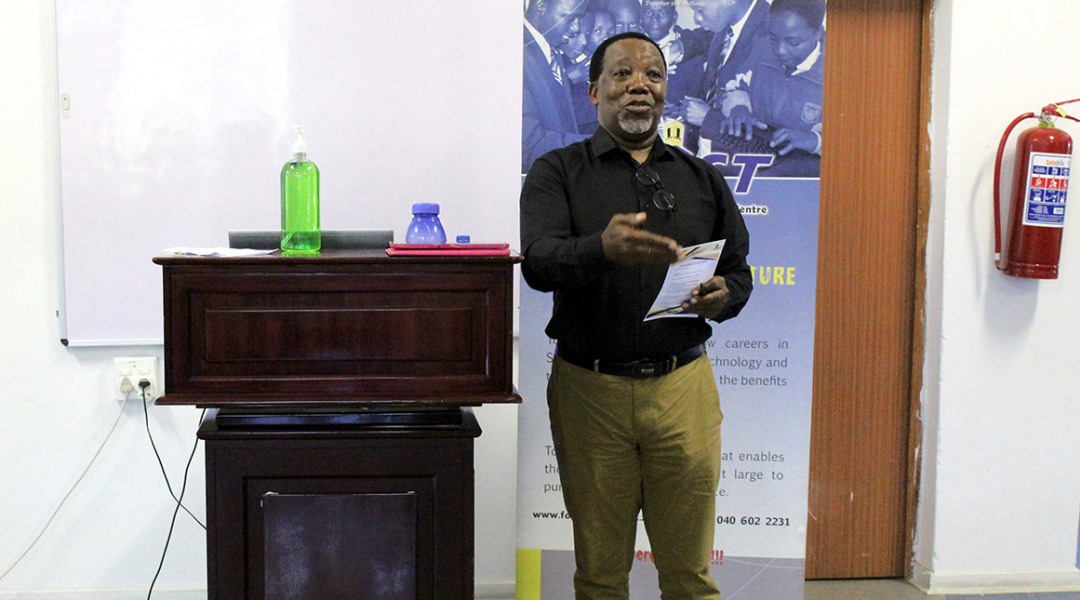 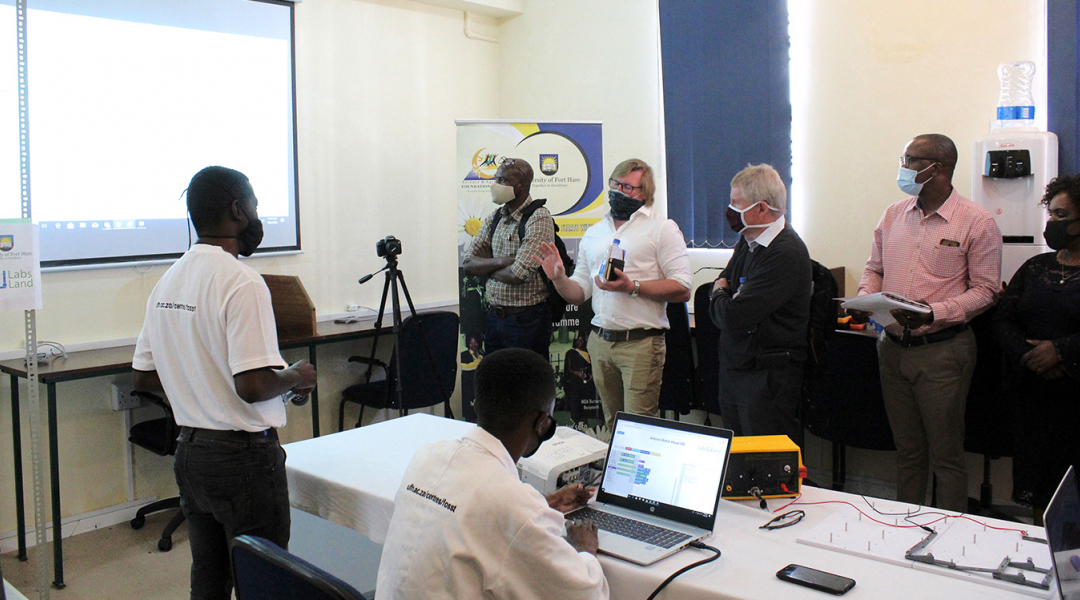 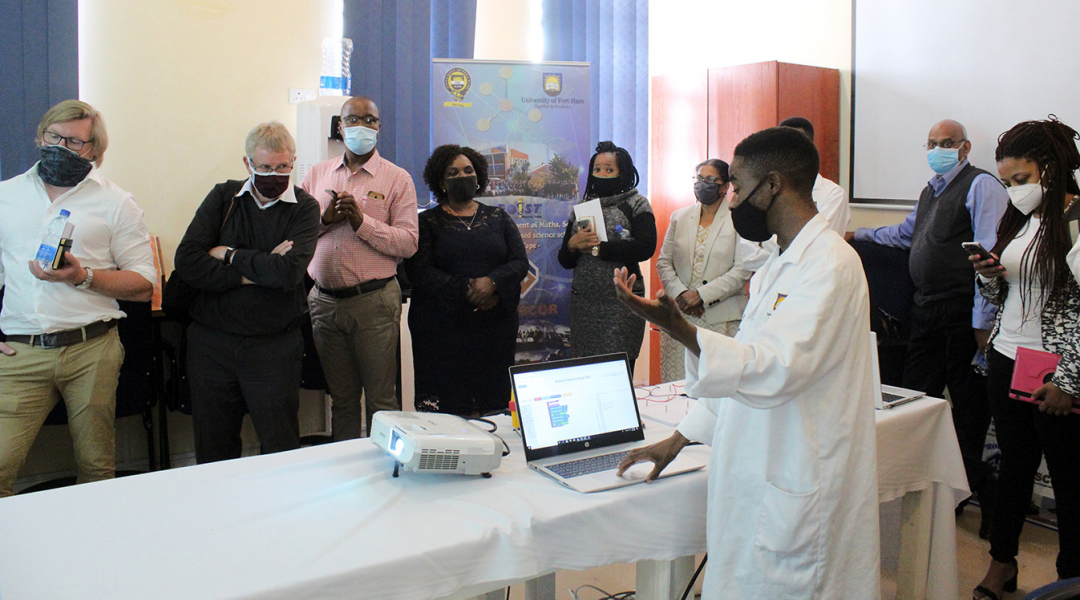 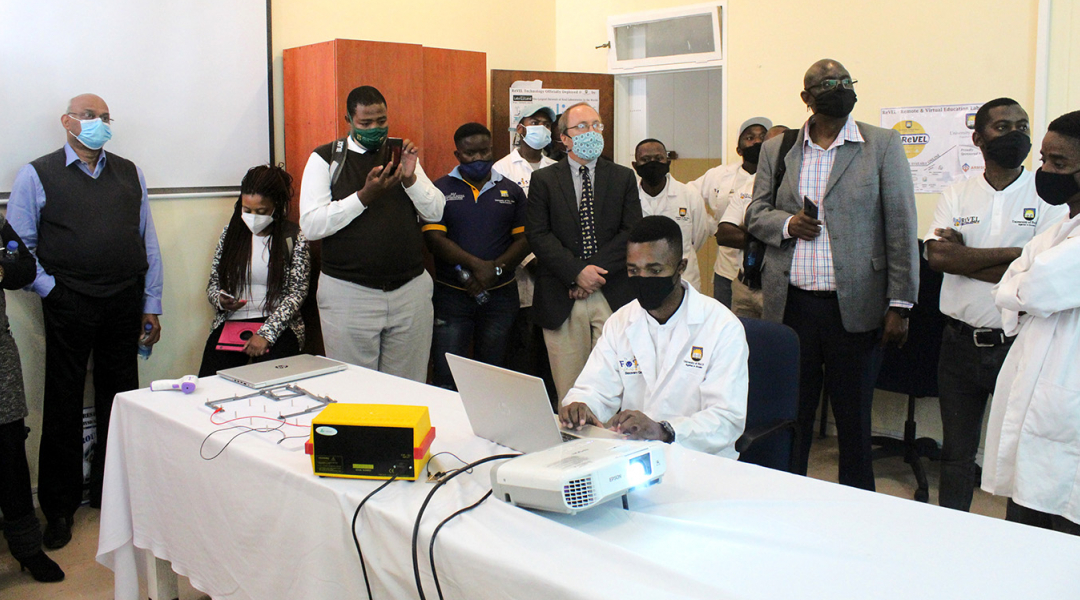 The UFH Remote and Virtual Education Laboratory (ReVEL) Technology continues to make significant strides.  The latest was a study visit by members of the National Science Project Steering Committee comprising representatives from the Department of Science and Innovation (DSI), Eastern Cape Department of Education (ECDoE) and Council for Scientific and Industrial Research (CSIR).

The visit took place at the Alice campus on 6 October 2020 and was hosted by Mr Phumezo Kwinana, Director of the Forté School of Science and Technology FOSST Discovery Centre and Founder of the ReVEL Technology.

The visit by the delegation was prompted by two reasons:

The construction of the Cofimvaba Science Centre commenced in 2016 and the sod-turning ceremony was carried out by the then Minister of Science and Technology, Dr Naledi Pandor.  Once completed, the centre will assist 26 high schools with the teaching of science and technology subjects in surrounding areas. It will also be the first science centre in the country to be purpose-designed, with green science, technology and innovation used in the actual building.

The ReVEL technology is attached to the university’s Physics Department and was launched last year.  Using coding and robotics, it allows users to interact with peers on experimentations in Science, Technology, Engineering, and Mathematics (STEM) field.

According to Kwinana, the visit by the committee was prompted by a meeting held earlier this year with DSI Director of Science Promotion, Mr Isaac Ramovha.

“During the meeting, I also shared with Mr Ramovha some of the articles published by our Institutional Advancement Department on this project. This triggered his and DSI’s interest.”

The Project Steering Committee aims to establish a world-class virtual interactive space where STEMI (Science, Technology, Engineering, Mathematics and Innovation) exhibitions from various parts of South Africa will be displayed.

“They want the ReVEL Technology to play a role in making this exhibition space a reality,” said an excited Kwinana.

Currently, the UFH ReVEL team is busy with its digital conversion of science experiments for high school learners and for first-year Bachelor of Science students in Physics and Chemistry.

“The team received the training from Labsland, the global remote laboratory providers, to create ultra-concurrent laboratories. It is envisaged that this skill will be used to create the STEMI exhibits”, he said.

Should the UFH ReVEL be selected for the assignment, UFH will play a huge role in realising such a technology. “It will be one of the best 4IR innovations to be realised. We have no doubt that the UFH ReVEL will be able to handle this task“, said Kwinana confidently.