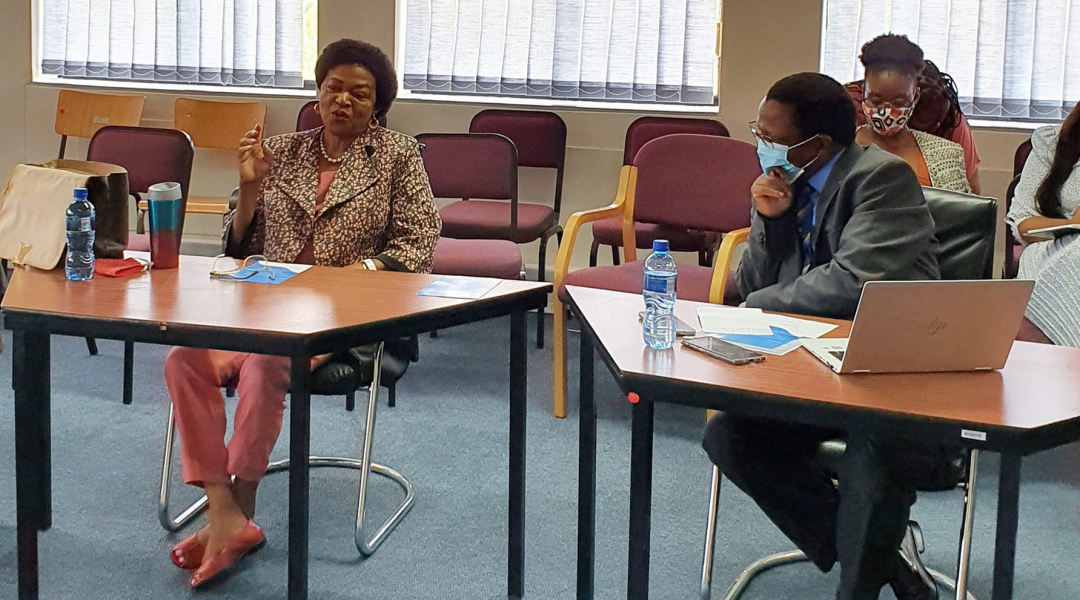 A delegation from the National Liberation Heritage Institute of South Africa (NaLHISA) and Multichoice South Africa undertook a two-day (4-5 March) site visit to the National Heritage and Cultural Studies Centre (NAHECS) located on the Alice Campus.

The NaLHISA delegation was led by its chair, Ms Baleka Mbete (former National Assembly Speaker) and Multichoice was represented by its Corporate Affairs Group Executive, Mr Jabavu Heshu. The delegation was welcomed by the Vice-Chancellor, Prof Sakhela Buhlungu on behalf of the university. Ms Fezeka Nkomonye - MEC for the provincial Department of Sports, Recreation, Arts and Culture welcomed them on behalf of the Eastern Cape province.

NAHECS houses archives that belong to the following liberation movements - African National Congress, Pan Africanist Congress, Black Consciousness Movement and other richly documented liberation organisations. With the arrival of democracy, these organisations agreed to store their archives at Fort Hare. A dedicated building was identified for this purpose, thus giving birth to NAHECS.

The Centre’s history dates back to Fort Hare’s Xhosa Literature Centre, an archival institution hampered by the “Xhosa only” dictates of the 1980s. Today, NAHECS is a vibrant academic unit and provides mentorship to Africa’s future archivists and historians. The purpose of the site visit was to see how the archives are kept and how the material is arranged.

Almost 80% of the ANC material is now at an advanced stage of being digitized and the interest of NaLHISA is to have all archival material equally digitized.

In an open discussion, different views were shared about developing a skilled human resource to drive this critical project. Explaining the importance of the archives, Mbete said,“The archives should date back as far as the era of colonial wars to put the Eastern Cape at the centre due to the role played by the centre – not only to benefit tourists but the future generations.” In response, the VC said for the materials to be useful, “they must be used and people have to know about them”. He also raised a serious concern about the lack of a South African Research Chairs Initiative (SARCHi) Chair at NAHECS but also indicated that the university is moving towards that direction. “There is a Memorandum of Understanding expected to be signed in the not so distant future. Having a SARCHi Professor at NAHECS means our postgraduate students will be engaged, the university will have to be a national key point and above all, it will breathe life into Alice town,” said the VC.

MEC Nkomonye said the project has to be broadened to give expression to the forts and museums. “It must talk to people for whom the struggle was waged.”