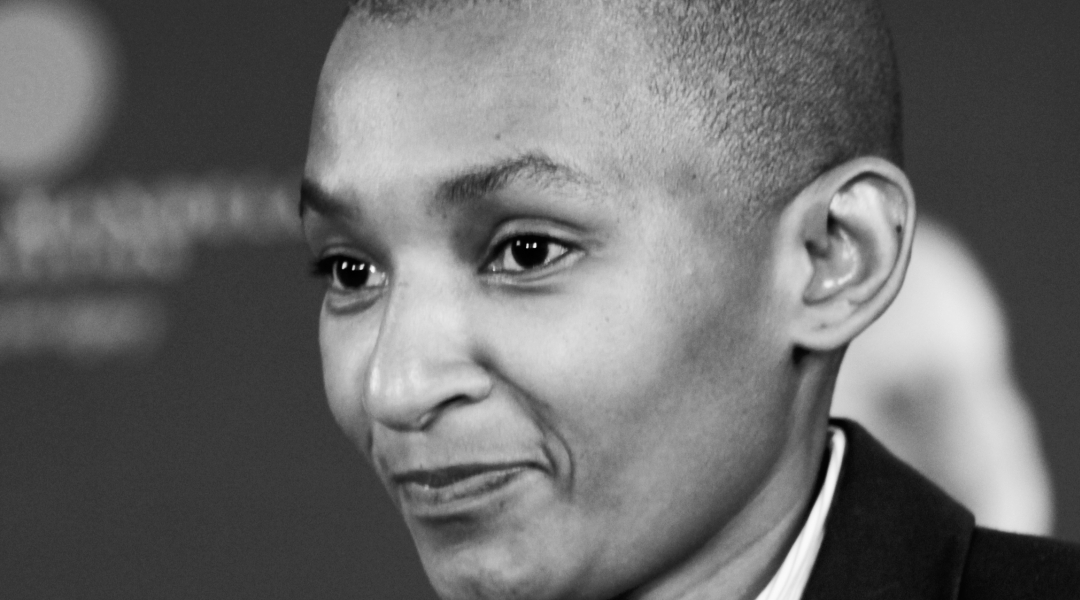 She is the second UFH academic to be awarded a SARChI Chairship by the National Research Foundation (NRF) after Prof Gary Minkley who holds a SARChI Chair in Social Change.

Affectionately known as Prof Zethu, she joined the UFH on 1st March 2021.

Prof Zethu is a sociologist and writer whose work focuses on African Queer Studies.  In 2017 she was the Presidential Visiting Professor at the Women’s Gender and Sexualities Studies (WGSS) Department at Yale University, USA.  A year later she was awarded the African Humanities Program (AHP) Fellowship and the African Studies Association (ASA), American Council of Learned Societies (ACLS) Presidential Fellow.

She has edited various volumes on African sexualities and gender diversity including:

Queer in Africa: LGBTQI Identities, Citizenship and Activism (with Surya Munro and Vasu Reddy - Routledge, 2018) and

Beyond the Mountain: queer life in ‘Africa’s gay capital’ (with B Camminga - UNISA Press, 2020).

Zethu has written over 40 academic journal articles and book chapters, some of have been translated into Portuguese. She has also published short stories, poetry and essays for art exhibitions, the latest appearing in French at the Musée d’Art Moderne de Paris, France (The Power of My Hands, 2021).

For the past three years she has been one of the editors of the South African Review of Sociology.  She is also a visiting professor at the Nelson Mandela University’s Centre for Women and Gender Studies.

Speaking to ThisWeek@FortHare, Prof Zethu shared some insights about her research interests and aspirations for the Chair.

Please share with us your professional background and interests

Having grown up in Port Elizabeth I chose to pursue undergraduate studies in Sociology at Nelson Mandela University (NMU). This is where my academic and activist interests were nurtured. While studying at NMU, I was lucky to work as an assistant to the Labour Relations Manager at one of the major motor manufacturing companies. This role gave me insight into the plight facing many workers in communities where I lived and how labour injustices filtered into the domestic environment.

After graduating from NMU I pursued postgraduate studies in Sociology (Health, Population Studies and Labour) at the University of Pretoria where I obtained a Masters degree.

Two fellowships in particular changed the nature of my academic career - one at the International Institute for Applied Systems Analysis (IIASA) in 2000 in Laxenburg, Austria, and another at the Department of Epidemiology and Public Health, School of Medicine at Yale University, USA in 2002-2003.

After working as a Lecturer for a number of years I left the University of Pretoria in 2004 to pursue interests in public health, working for an international organisation. Later I returned to academia to pursue interdisciplinary doctoral studies at the Wits Institute for Social and Economic Research (WISER) and graduated in 2011. The PhD allowed me to explore other artistic interests, including documentary filmmaking and creative writing. Aspects of the degree which focused on black lesbian identities and sexualities in Johannesburg, appeared in films, art exhibitions and short stories.

Please tell us more about your area of research?

My research interest started off with a focus on black lesbian sexualities and identities in South Africa, under lesbian and gay studies. At the time, very few people dared to get into this area for various reasons, including fear of being ostracised by society or even being considered unscholarly. For a long time my research has been a struggle with the notion of non-heteronormative sexualities and gender identities being at odds with what is deemed African.

Over the years, this interest has narrowed to a field more broadly described as Queer Studies. My approach to Queer Studies, a very western field of study, is from an African perspective. I put African people and African experiences at the forefront. In unpacking genders and sexualities from an African perspective, my interest has moved away from seeing these as un-African. Rather, diversity has become central and sits at the core of understanding sexualities and genders. Thus, the terms lesbian, gay, bisexual, transgender and intersex in my work have not only become limited, but redundant, although I still make use of them as a starting point. Through African paradigms, my work seeks to develop African Queer Studies by not only developing alternatives, but though exposing the hidden realities that have always made Africans diverse and dynamic in exploring sexualities and gender identities.

Previous projects I have completed started the Queer in Africa series which first developed as a conversation between artists and academics. This work culminated in the publication - Reclaiming African: queer perspectives on sexual and gender identities (Modjaji books, 2014). Creative work is central to Queer Studies, particularly in the African context as many queer people find ‘safety’ and political expression through art and creative works.

From this project I moved to a more academic and activist space, curating the Queer in Africa symposium, which culminated into the second volume Queer in Africa: LGBTQI Identities, Citizenship and Activism (with Surya Munro and Vasu Reddy - Routledge, 2018).

The third part of this project focused specifically on Cape Town, a city that is globally praised for its gayness. The interest was to interrogate the merits of a public space that frames itself as a ‘gay capital’ in a content that considered gayness as ‘unAfrican’. During the period of #RhodesMustFall and #FeesMustFall, it became imperative to interrogate the spaces that many queer activists and scholars occupied.

Cape Town shored up as a very troubled space, not only because of the racism accusations it carried, but also its supposed gay-friendliness. It was thus imperative to turn one’s attention to Cape Town as a physical and social space that allowed for queer life to flourish in its fullness. The multi-media project on queering Cape Town produced the volume Beyond the Mountain: queer life in ‘Africa’s gay capital’ (with B Camminga - UNISA Press, 2020).

My role at UFH as SARChI Chair in Sexualities, Genders and Queer Studies comes at a very difficult time in the academy and society as a whole. The impact of Covid-19 has altered the nature of learning and engaging in very significant ways. At the same time, it has exposed the inequalities in accessing learning and knowledge. The SARCHI Chair in Sexualities, Genders and Queer Studies considers these limitations and restrictions as significant impediments and also as opportunities. In a queer fashion, the SARCHI Chair will develop creative and exciting ways to engage students, staff, and communities with content on sexualities, genders and queer studies. Over the tenure of the SARChI Chair, book clubs, seminars, community engagement sessions and symposia will be hosted in collaboration with community organisations and other stakeholders. Furthermore, it is envisaged that the space of the SARCHI Chair will provide a dynamic and vibrant environment for students seeking to develop research areas in African sexualities and gender identities/diversity.

What advice would you give to young and upcoming researchers out there?

Being the first SARChI Chair in Sexualities, Genders and Queer Studies in South Africa, the University of Fort Hare demonstrated leadership in developing and nurturing a field of study often marginalised in the African continent. This is a significant investment for future generations of scholars.

Young researchers and students who have feared to pursue their research interests because of ostracism can rest assured that their pursuit of knowledge and life-changing research will be recognised.

The SARChI Chair in Sexualities, Genders and Queer Studies welcomes well-considered research ideas for Honours, Masters and Doctoral projects.  Together in Excellence. Our African imaginations can become a reality.