While he wanted to study to be a lawyer, he knew that his family circumstances meant he could not stop earning." data-share-imageurl="https://www.ufh.ac.za/sites/default/files/field/image/petrol.jpg"> 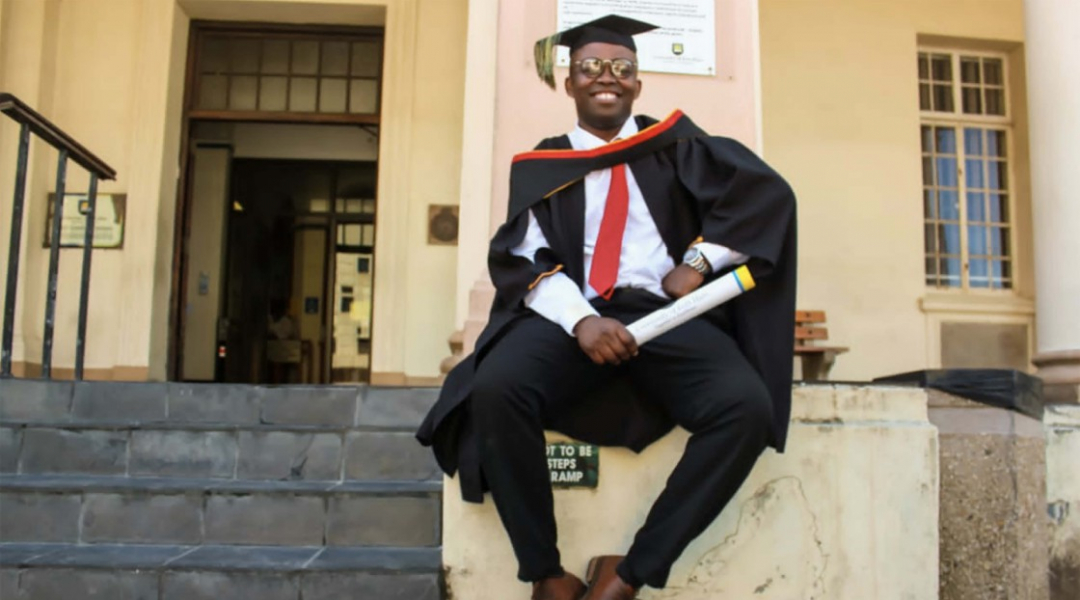 Siphenkosi Nqoro, 29, who works as a petrol attendant at a Shell garage in Mdantsane, has completed his LLB at the University of Fort Hare.

He graduated on Friday, opening his way to become a lawyer, a dream he has had since high school.

Nqoro, who is from Qonce, has inspired his family, being the first of five children to graduate.

He describes his journey of both working and studying as challenging.

While he wanted to study to be a lawyer, he knew that his family circumstances meant he could not stop earning.

“Law is something I have always wanted to do, and I promised myself that despite the odds, I’d always pursue my ambition.”

After finishing matric, he needed to find paid work to help his unemployed parents.

“I started working as a petrol attendant because I knew my parents were struggling and I felt compelled to care for them.

“But as time passed, I remembered the pledge I had made to myself that one day I would study law.”

In 2016, Nqoro was admitted as a student at Fort Hare.

“I knew I would have to juggle my studies and work, so I had to talk to my work supervisor.

“He was glad to learn that I would be attending university full-time, and he gave me permission to pursue the degree.

“I used to work the night shift, bathe and prepare for school, and then be expected to go to work again, but the garage staff was quite flexible.

“Sometimes I would approach my superiors and ask them to adapt my schedule, and they would do it gracefully.”

Nqoro had to complete 14 modules during his final year, several of which he failed previously due to his multitasking.

In 2017, like many other students, Nqoro ran into difficulties with NSFAS and received no finance, leaving him with a debt to the university he is now repaying so his degree certificate can be released.

He thanked his family and the Shell garage crew for their unwavering support.

And his advice to others, who may fear to chase their dreams, is to start as soon as they can, despite the odds.

“I came to university with one blanket and saw my peers receiving financial help from home, but it was different for me — I had to be the provider.”

Nqoro now wants to do his articles.

Nqoro’s aunt Pumla Jabavu said they were proud of him.

“I saw how Siphenkosi fought at varsity but overcame all difficulties because of his dutiful nature and dedication; we don’t have much as a family, but this is a great start for us.”

Nzimeni Fanta, Nqoro’s supervisor, said Nqoro had always been focused on work, even though he was balancing a job and academia.

“He was a down-to-earth employee who was committed to his job. We are inspired by him and his ambition — working for 12 hours and then returning to school is no easy task.”