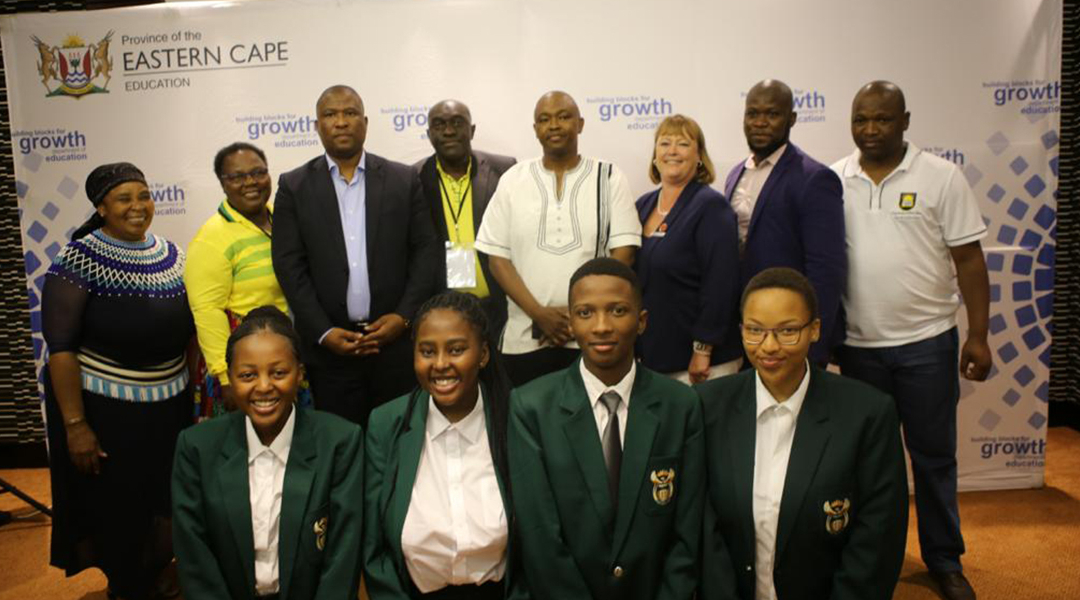 “The University of Fort Hare’s School of Law paved the way to our success and we are grateful for the support,” said Okhela Sigwela, speaking on behalf of the EC team.

She spoke during an intimate breakfast meeting hosted by Easter Cape Premier, Honourable Oscar Mabuyane and  Education MEC, Mr Fundile Gade in honour of the EC team.  Premier Mabuyane is a UFH alumnus.

The event was held at the East London ICC  and was attended by parents,  officials from the EC Department of Education (ECDoE),  Office of the Premier and lecturers from the UFH Nelson R. Mandela School of Law.

According to UFH Senior Law Lecturer, Advocate Vuyo Booysen, the Law Faculty got involved in the programme late last year after being approached by ECDoE.

“We received a request from the Department to support the programme and also provide training to the learners.” Adv Booysen said the request came after UFH won the Kate O’ Regan 2019 Intervarsity Moot Competition. “We saw this collaboration as the perfect opportunity to continue uplifting the province, country and continent at large,” he said.

Senior Lecturers and students in the Law Faculty were hailed for their commitment and contributions throughout the stages of the competition.

“UFH contributed to the success of the programme by volunteering to faculty services and providing legal technical support to the learners,” said  Mr Kojana.

Ultimately, the SA team consisted of learners from the EC and KZN provinces who then proceeded to the international stage of the competition. SA competed against Bulgaria, Romania, Mongolia, St Marten, Venezuela and USA.  In the last round, SA beat Team USA and became overall winners.

The moot case was on: Scene of Conflict over the past decade in Tabanath.

The learners’ accomplishment is being celebrated all around the country. President Cyril Ramaphosa is among South Africans who have showered the winners with congratulatory messages.