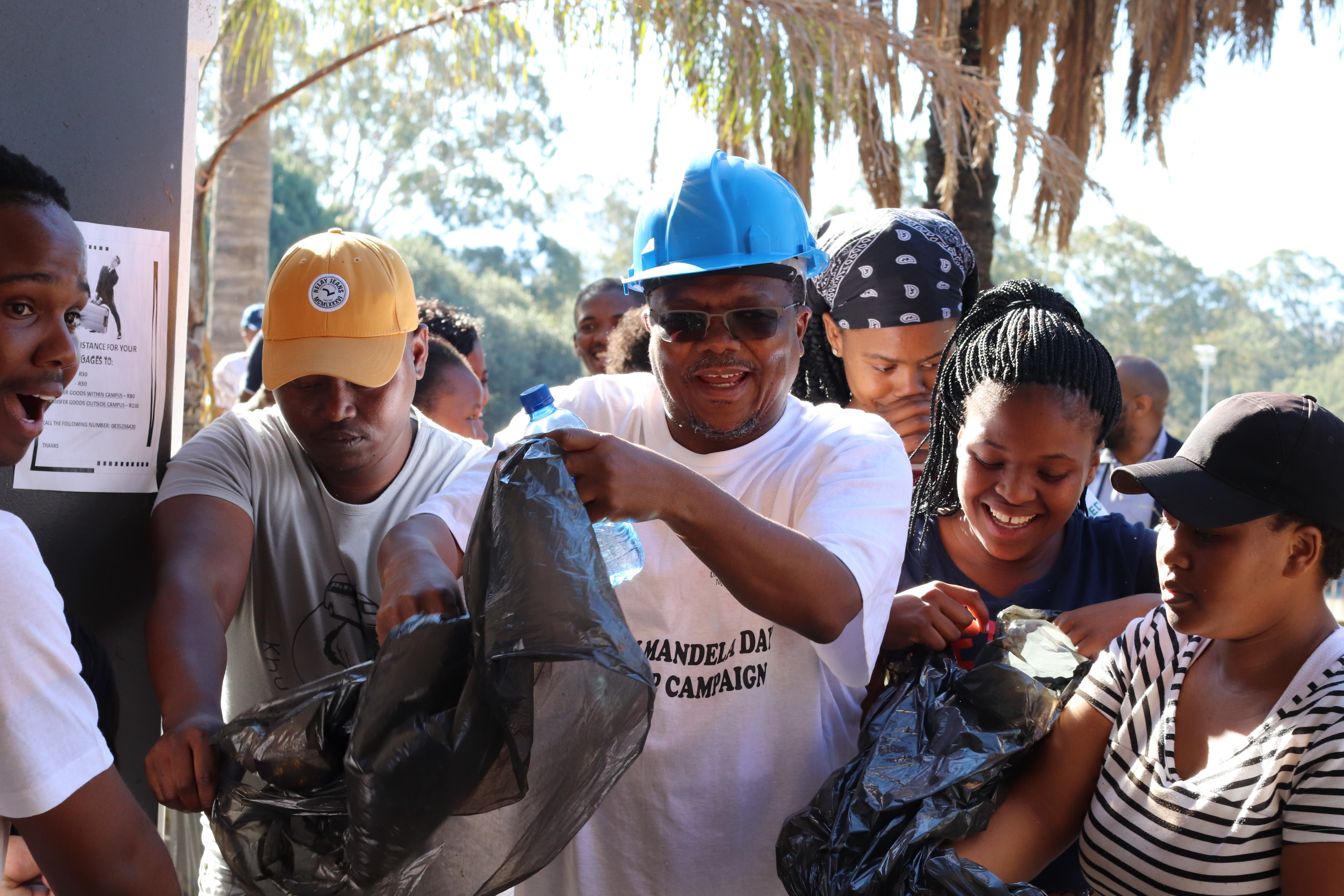 He could have turned 101 years old, should he have been alive.  The father of the nation Nelson Rolihlahla Mandela, is one of Fort Hare University’s greatest alumni, his alma mater put its academic business on hold for 67 minutes’ to pay tribute to the former statesman.

This year marks ten years since the United Nations General Assembly declared Mandela's birthday, 18 July, as the annual Nelson Mandela International Day Nelson and asks people to give 67 minutes of their time do good and. The next ten years of Mandela Day will focus in education and literacy, food and nutrition, sanitation, shelter as well as active citizenship and with the challenges at the university it was decided to use Active Citizenship to galvanize the university to look inward and clean up the university.

The event saw students, academic and support staff including the Vice Chancellor and his Management team on a clean-up campaign and enhancing road marking on the gate ways as part of the contribution. The Department of Environmental Affairs and Raymond Mhlaba municipality donated with gloves, black bags and masks.

The event was preceded by the Vice Chancellor’s visit to the Imingcangathelo traditional authority, chief thyali’s royal house and was warmly welcomed by Prince Banzi Tyhali and the Queen mother Nosizwe. The purpose of the visit was to present the recently wedded Prince Banzi Thyali with a cow as a belated wedding present.

The land on which the university of Fort Hare is built on was donated by the great chief tyhali in the earlier years as part of his contribution to education and the university and imingcangathelo has long standing relationship with and together with other government department and Raymond Mhlaba municipality gives expression to that relationship through the chief thyali memorial run (marathon) and still to see a memorial lecture, building of a center detailing the historic accounts of chief thyali, erection of a statue in honour of Chief Tyhali.