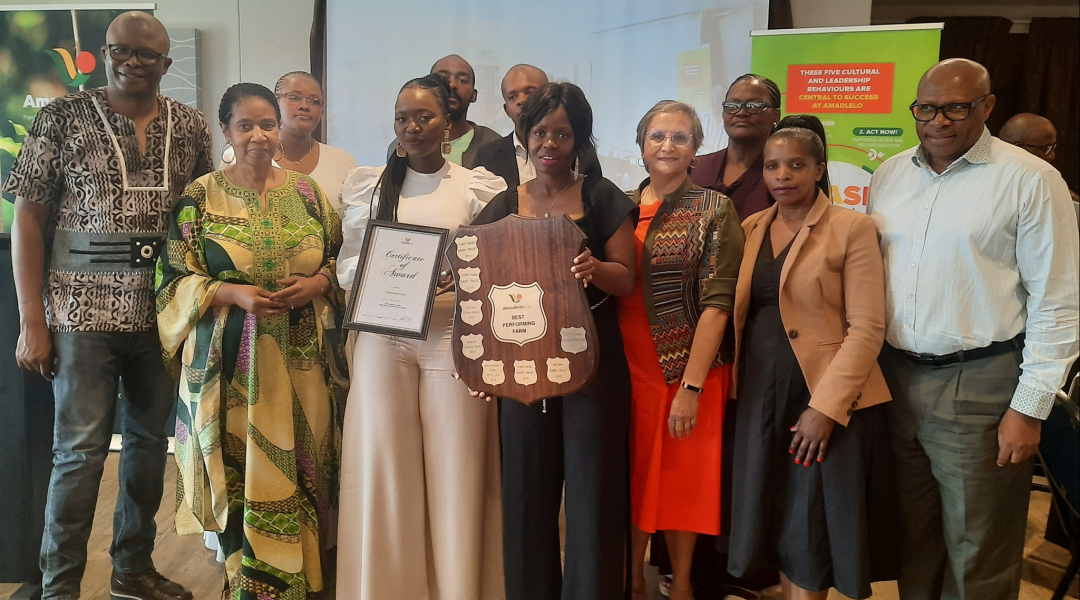 The Fort Hare Dairy Trust has once again proven to be the cream of the crop!

On 13 November the Trust won 10 of 16 awards that were presented at the Amadlelo Agri Annual Awards Ceremony held in East London.

The 210 hectares (ha) picturesque farm nests on land owned by the University of Fort Hare’s Alice campus. It produces over 4 million litres of milk each year.

Amadlelo Agri is a 72% black-owned company that intends to provide support services to emerging black farmers and communities who want to build prosperous agribusinesses.  The awards ceremony is aimed at rewarding and recognising the achievements of the five community dairy farms operated by Amadlelo Agri in partnership with surrounding communities. The dairy farms are located in Alice, Middledrift, Shiloh, Keiskammahoek, and Ncora.

Speaking at the event, Mr Simphiwe Somdyala, CEO of Amadlelo Agri said: "The five Eastern Cape community-based dairy farms persevered through a tough operating environment to produce 28 million litres of milk this year from five thousand milking cows. The communities and the farmworkers worked diligently throughout the year. It is important to pause and recognise the hard work and encourage them to continually seek even better results.

Amadlelo Agri’s Chairperson, Mr Bulelani Ngcuka, praised the farmers and communities for not allowing the challenging operating climate to make them despondent. Farming on communal land has unique challenges. Added to this there is drought, Covid-19 pandemic and other socio-economic challenges like crime.

“But against all these odds, you managed to achieve the set targets. That’s worth celebrating as this feeds families, creates jobs and facilitates economic development,” said Mr. Ngcuka.

Delivering a message of support on behalf of the university, Prof Renuka Vithal, DVC for Teaching and Learning said: "As the university, we want to contribute to the growth and development of the Dairy Industry in the province. Currently, we are looking into the possibility of introducing a Dairy Science Programme," she said.

Explaining how the farm managed to perform so well, the beaming Rikhotso, who joined Amadlelo Agri as an intern in 2008, put it down to a collaborative approach to work by her team of 21 workers. The team produces four million litres of milk annually.

“Each one of us knows exactly what is required of us. We take pride in our work and we ensure that we meet our daily key performance indicators,” she added.

Other award winners were: