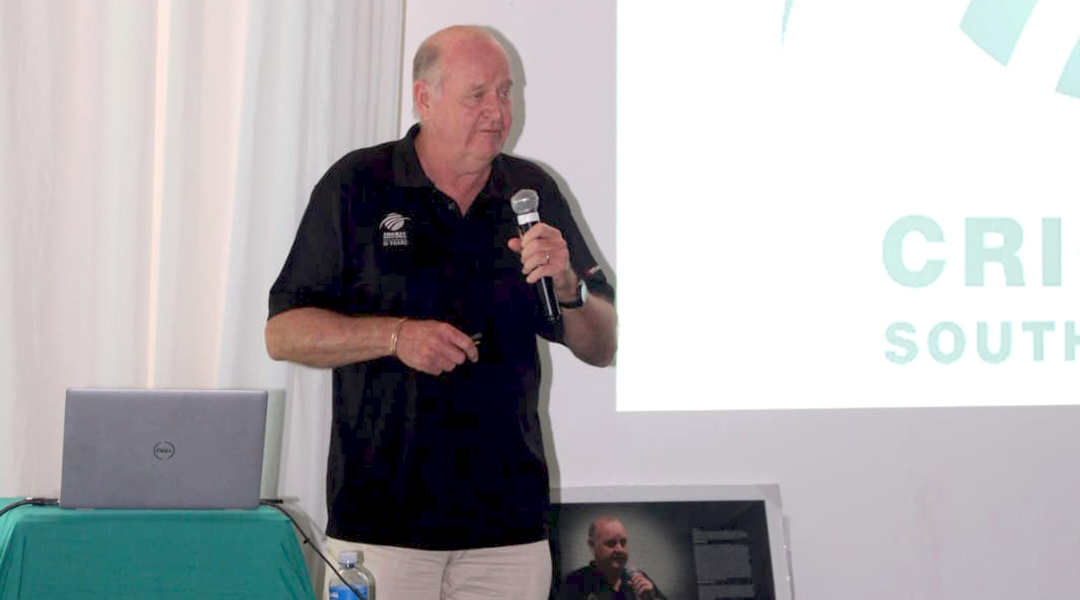 The University of Fort Hare, Cricket South Africa and Border Cricket bade farewell to one of the game’s legends, Mr Greg Hayes during a farewell ceremony held at the Dr Krish Mackerdhuj Cricket Academy - an institution the legend himself has overseen into what it is today.

Greg spent more than twenty years nurturing the deep rural talent, not only at the University but also in the surrounding communities and in the Eastern Cape Province in general.

The farewell ceremony was held on the 21st of April. Among the attendees was the Vice-Chancellor, Prof Sakhela Buhlungu, representatives of both Border and Cricket South Africa, Mfuneko Ngam who once was head of Dr Krish Mackerdhuj Cricket Academy and former Proteas bowler, Makhaya Ntini.

During his spell and involvement within the academy, Greg has unleashed some notable talents, such as Jerry Ngqolo, Ayabonga Khaka, Nobulumnko Banethi and Zintle Mali.

According to Bev Weimann from Border Cricket, who worked with Greg for a period spanning over 25 years, with Greg, “everything had to be perfect.”

“As a development manager Greg preferred Mondays as his admin day and for the rest of the days he would be often out of office, visiting schools, different regions, meeting with players and parents”. Bev continued to describe Greg as a person who takes extreme pride in his work.

“For many years he continued to arrange and coordinate a fixture between Ngumbela X1 and the Pineapple X1. This event between the former ‘All white cricketers vs All black rural cricketers’ played a major role in unifying people in our country.”

A few years ago, Greg won the President’s award when former President Thabo Mbeki presented him with an award for his contribution to cricket development.

He played an instrumental role in the development of the state-of-the-art Krish Mackerdhuj Academy on the Alice campus. He also managed to attract sponsors and contributions towards the building of side screens, maintenance of the turf, mounting of scoreboards and the development of another field for women's cricket.

The VC commended Greg for the notable role he played and all the changes he made in touching people’s lives, not only at Fort Hare but the entire country.