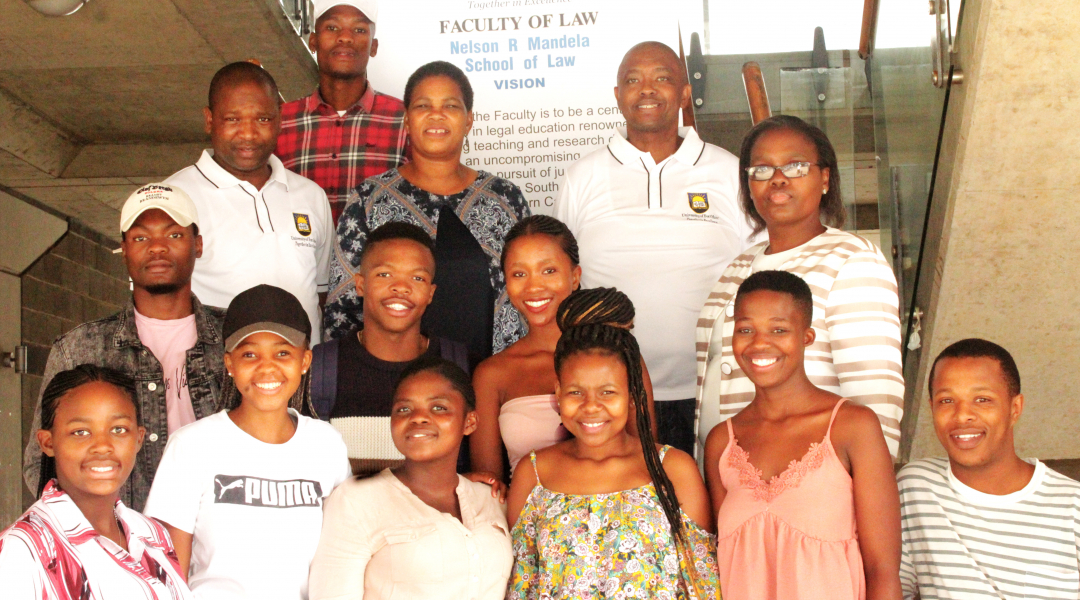 Day Two of the Faculty of Law Orientation Programme coincided with a very important day in the history of our country.

Tuesday 11 February 2020 marked the 30th anniversary of the release of President Nelson Rolihlahla Mandela from prison, after whom the UFH Nelson R Mandela School of Law is named.  So it was fitting that the faculty chose this day to welcome its 1300 students.  The number includes both first years and returning students.

The two-day orientation programme started on Monday (10 February). The first day was dedicated to first years while day two focussed on all students. Future Legal Practitioners packed the Nursing Science Auditorium  to the rafters as students came out in numbers to hear what this prestigious School of Law has to offer.

Welcoming the first years, the Dean,  Dr Nombulelo Lubisi said: “As from today you have turned a new leaf.  You are no longer who you were last year.  You are now a law practitioner in the making.” The Dean’s welcome address was followed by introductions on Departments, Centres and Moot activities.

On day two,  students were inducted into the School with words of encouragement by the Deputy Dean, Mr Actor Katurura.

“We often hear progressive people say that you should learn to work smarter and not harder, but the reality is that you have to work both smarter and harder at the same time. There is no substitute for hard work.  You have to put in the hours, he cautioned.”

Mr Katurura used UFH alumnus Dr Sizwe Nxasana, and one the pioneers of Black Accounting Law Firms in South Africa as a case study for his motivational talk. “Nxasana characterised himself as not being particularly talented. The one thing he learnt very early in life is that if you work just a little bit harder, your rewards increase.”

Dr Nxasana holds a BCom from University of Fort Hare and a Bachelor of Accounting Science (Honours) degree (UNISA).  In 1989 he established Sizwe & Co, the first black-owned audit practice in Kwazulu Natal. In 1996 he became the founding partner of Nkonki Sizwe Ntsaluba, the first black-owned national firm of accountants and was the national managing partner. Today the firm is known as  Sizwe Ntsaluba Gobodo. It is the largest home-grown audit and advisory firm and recently joined the Grant Thornton Global Network. “His life is testimony that hard work beats talent when talent fails to work.”

The Guest Speaker was UFH alumnus Mr Walter Bhengu, Senior Manager: Corporate Legal Services at Auditor-General SA.  He encouraged students to strive for excellence in order to achieve success. “For you to succeed, you must study hard and aim for that 65% pass mark,” he said.

The Faculty of Law was established in 1961 and received permission to rename itself after one of its notable alumni, the late Nelson Rolihlahla Mandela in 1998. The School of Law was officially established under his name in 2002.

Two years in a row, in 2018 and 2019,  the school won the Kate O’Regan Intervarsity Moot Competition.