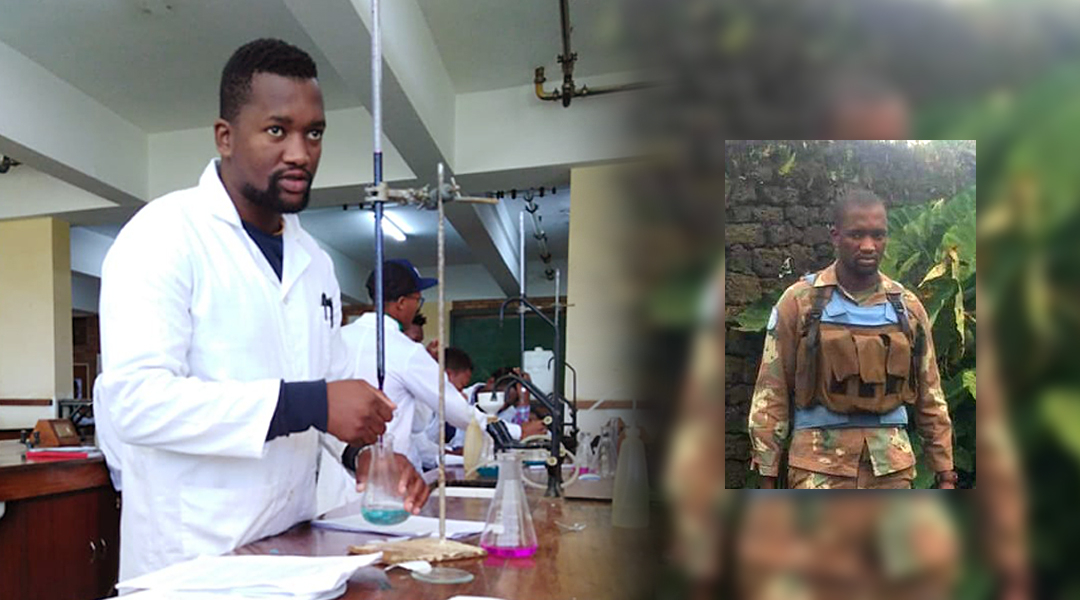 After 10 years of service in the South African National Defence Force (SANDF), Mr Luyanda Magcida surrendered his military uniform and enrolled to study for a Bachelor of Science Degree (BSc) at the University of Fort Hare.

On 21 June 2021, during the university’s June Winter Graduation, the 33-year-old from Mdantsane in the Eastern Cape graduated with a BSc within record time and became the first graduate in his family. He passed six of his modules with distinction.

He was among the 3000 plus graduates whose academic achievements were celebrated during the hybrid graduation ceremony.

Magcida joined the SANDF when he was 19-years-old. He worked as a military practitioner deployed at the 6 Sai Bn Military Base in Makhanda (Grahamstown). While serving in the military he developed an interest in the science behind the ammunition that was being used at base.

“Growing up in a hopeless society full of crime and drugs, I always wanted to be something in life that would enable me to help my family so that they can be proud of me. While working in the military I was able to help my family financially. However, my dream was to get a university qualification and become the first graduate in the family.”

In 2018 he was accepted at UFH. “When it came down to choosing between being a soldier or a student, I chose to be a student.” The modules of his degree focused on thermodynamics and explosives.

“During my studies, there were times where I felt like I made the wrong decision because I could not support my family financially. However, I was motivated by the fact that I would become the first graduate in my family and the  belief that education is the key to success.”

“After facing hardships and sleepless nights during my undergraduate studies, I am proud to say I am a Bachelor of Science graduate.”

Currently, Magcida is pursuing a BSc honours degree and his goal is to reach PhD level.

“I am grateful to the University of Fort Hare for granting me this opportunity and to God Almighty for the strength,”