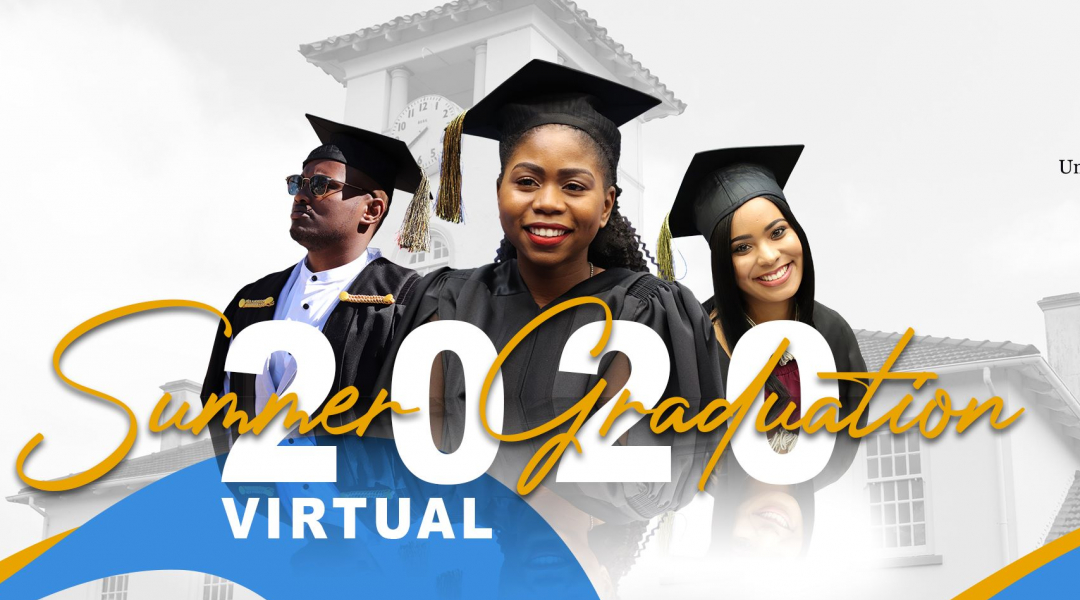 Akhona Tshaka 28, and Zintle Ntshongwana aged 29 both enrolled at UFH in the same year and attended class together on the Alice campus. Today, 17 December 2020 they are the youngest graduates to be capped with doctoral degrees during the university’s virtual Summer Graduation ceremony. They graduated with PhDs in Social Work.

After completing high school, the pair were awarded bursaries from the Department of Social Development to pursue their Bachelor of Social Work degrees, which they obtained in record time.

Over the years their academic excellence earned them several bursaries and scholarships to further their studies.

Ms Tshaka was born in Uitenhage, Eastern Cape. After obtaining her Bachelors’ Degree in Social Sciences in 2014, she received funding from UFH’s Govern Mbeki Research Development Centre (GMRDC) to peruse her Master’s degree.

She worked as a UFH National Research Foundation intern and was selected for the Department of Science and Technology-NRF Innovation Doctoral Scholarship to study towards a PhD programme in 2017.

Ms Tshaka said: “As a young feminist in the field of social work I have always been inspired to investigate challenges that women experience. My study was also motivated by the socio-economic challenges and other social issues experienced by widows in Raymond Mhlaba Local Municipality”

“The recommendations as well as the model of my study are centred in building strength, resilience, and empowerment for widows, linked to the 2030 agenda for sustainable development goals.”

She has presented her work at international and local conferences and has published in one of the Department of Higher Education and Training (DHET) recognised journals.

Currently, Ms Tshaka is employed as a contract Social Worker. She aspires to embark on more life-altering research as well as take part in developing government policies and interventions in the field of social work that aim to empower and strengthen the well-being of women in South Africa.

Ms Ntshongwana was born in Mqwangqweni location, Ngqeleni, in Eastern Cape Province. After obtaining excellent results in her Bachelors’ Degree studies, she proceeded to enrol for an MA and graduated in 2017.

The first year of her MA studies was funded by the Ada and Bertie Levenstein bursary and the final year was funded by the National Research Foundation (NRF). In the same year (2017) she registered for a PhD which was funded through a National Institute for Humanities and Social Sciences (NIHSS) scholarship.

Ms Ntshongwana is a registered Social Worker with the South African Council for Social Service Professions. She also holds a certificate in Civic Leadership through the Young African Leaders Initiative (YALI). She has presented papers at national and international conferences and has published three articles in accredited journals. So far, she has written four papers and two of them have been accepted for publication. She has also co-authored a book chapter that has been accepted for publication.

The title of her thesis is: Mitigating the effects of family violence on children: Assessing the effectiveness of social work interventions at Buffalo City Metropolitan Municipality, Eastern Cape.

She says her research aims to empower victims and advocates for accountability and rehabilitation of perpetrators.

“It is so sad that most of the time children tend to be direct and indirect victims of such violence. Moreover, I believe that violence is not just a crime but rather a pandemic that needs to be prevented and cured.”

Ntshongwana says she hopes her qualification will grant her the opportunity to influence policy decisions that speak to the people on the ground.

Both have expressed sincere gratitude to their funders for financial support, lecturers and joint Supervisor, Professor Pius Tanga, for his guidance, patience and support throughout their doctoral journey.