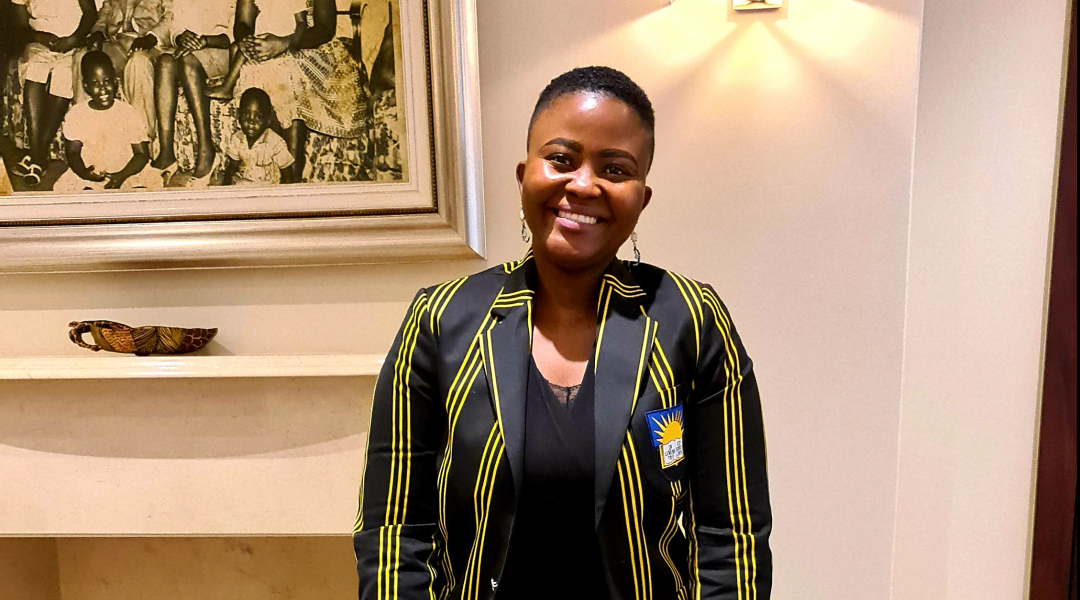 Dr Koketjo Tsebe, an admired alumna of the University of Fort Hare has been appointed as a Psychologist for Team South Africa for the upcoming African Union Regional 5 Youth Games to be hosted in Malawi from the 1st of December.

Dr Tsebe, an award-winning Clinic Psychologist, obtained her Doctoral Degree in Psychology (Specialising in Sports Psychology) from UFH in 2019. Her appointment in the upcoming games was commissioned by the South African Sports Confederation and Olympic Committee (SASCOC).

Born in Mahwelereng Township, Limpopo, Dr Tsebe grew up playing baseball and softball, however, her passion for sports expands beyond the two sporting codes and spills over into the work she does in the sporting fraternity.

She has also conducted a research study on the psychological impact of Covid-19 on sports in South Africa and provided expert advice on the topic of sports, mental health, and Covid-19 on different media platforms such as ThobelaFM, CapricornFM, MotswedingFM, Radio200, PowerFM, SAFM, Enca, and far post-publication

Speaking to UFH Media she said: “Mental health wellness is vital in athletic performance, therefore, the role of psychology in sports is to help both the athletes and coaches on and off the pitch issues. On the pitch issues include overcoming pressure and anxiety, recovering from injury, building resilience, commitment, and mindfulness. Off the pitch issues are personal difficulties that affect players and performance such as academic difficulties, relationship stress and mental health conditions such as Depression,” she said.

When asked about the significance of her new appointment, she said, “It’s a career breakthrough to another level of sports participation. It also affirms my abilities and motivates me to continue to nurture my passion and advocacy of mental health in sports matters”.

The Dr Tsebe sees herself in the future contributing more to national teams like the Springboks, Proteas and Bafana Bafana like she did this year with the senior national netball squad that is to host the world cup next year.

“I would also like to give back to the institution (UFH) that changed my title to an Academic Doctor. I am passionate about giving back and making an impact. So, providing support to Fort Hare sports teams would definitely be a priority.”

“My ultimate aspiration for the future is to make a significant contribution in the field of sports psychology as an academic, practitioner and in leadership,” she said.

Some of her awards and achievements are as follows: