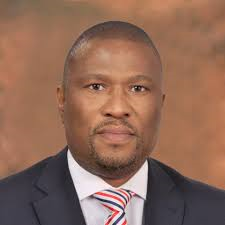 Lubabalo Oscar Mabuyane is a caring South African politician born in the rural villages of Deberha outside the Eastern Cape’s town of Ngcobo who is committed to use his skills, responsibilities and influence to ensure a better life for his compatriots.  Born into the Diya clan of isizwe sabaThembu, Mabuyane is a member of the African National Congress (ANC) and the Chairperson of the ANC’s Provincial Executive Committee in the Eastern Cape.

Mabuyane has been elected by the ANC as its Premier Candidate for the province of the Eastern Cape and has been tasked with growing the province by implementing the elections manifesto of the movement.  He matriculated from the Lekoa Shandu Senior Secondary School in Sebokeng, Johannesburg.  Having been nurtured by his loving parents into being a caring individual, Mabuyane holds a BCOM in Economics degree from the University of Fort Hare, is currently studying towards a Masters Degree in Public Administration at the University of Fort Hare.

The revolution spirit he imbibed from the university where scores of African leaders and great individuals studies, influenced Mabuyane’s heart to prioritize helping those in need to access life transforming opportunities through education.  At the University of Fort Hare, where he was the President of the Student Representative Council (SRC), together with his contemporaries, Mabuyane started a program to search learners who – having passed grade 12- did not have money to further their studies.

A numbers of these students, who would have fallen prey to academic exclusion due to lack of funds to finance their education, went further to obtain various degrees and getting better paying jobs through their efforts.  Fresh from the University, Mabuyane was appointed to the position of Chief of Staff in the office of the former Finance, Economic Development, Environmental Affairs and Tourism MEC, Mr Enoch Godongwana.  Armed with his academic qualifications, experience in helping others and serving the people of the province, Mabuyane started his own business; Ikamva Consulting, for which he was a managing director.

Throughout his life, Mabuyane has been a member and leader in the structures of Congress of South African Students (COSAS), South African Students Congress (SASCO), African National Congress Youth League (ANCYL), for which he was elected as the Provincial Deputy Chairperson in the Eastern Cape in 2008.  When he was elected to the position of the ANC Provincial Secretary in 2009, he resigned from Ikamva Consulting, dedicating his time to serving the members and structures of the movement in the province.

Mabuyane is the member of the Eastern Cape Provincial Legislature, who when deployed by the ANC to the position, served as the Chairperson of the Public Works Portfolio Committee.  He was appointed by the Eastern Cape Premier, Phumulo Masualle to the position of MEC for Finance, Economic Development, Environmental Affairs and Tourism. Oscar Lubabalo Mabuyane was sworn in as the new Premier of the Eastern Cape on the 22nd May 2019.  His personal attributes include project management, integrated strategic planning, business plan development, conflict resolution, training and facilitation, monitoring and evaluation, development of public policy, community development and engagement.

Lubabalo is married to Siyasanga Mabuyane and they are blessed with three boys.